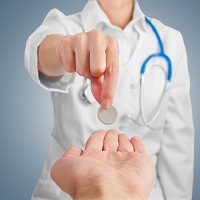 How could an effective, inexpensive hepatitis C virus (HCV) drug have been available at local pharmacies without clinicians and patients knowing it? Researchers from the National Institutes of Health (NIH) have the answer.

In study results published in Science Translational Medicine, lead Author T. Jake Liang, MD, and colleagues have identified an alternative to the typical HCV drugs that can cost tens of thousands of dollars. The disease that often causes liver damage may have met its match with an antihistamine medication used for allergies, chlorcyclizine HCl (CCZ).

“Although hepatitis C is curable, there is an unmet need for effective and affordable medication,” Liang, senior investigator at NIH’s National Institute of Diabetes and Digestive and Kidney Diseases (NIDDK), said in a news release. “CCZ is a promising candidate for part of a treatment regimen for this potentially life-threatening disease.”

When the team used CCZ during the early stage of HCV infection, the virus was unable to enter the human liver cells that were grafted in mice. Not only did CCZ have similar positive outcomes as commonly used HCV antiviral drugs, but it was able to do so without the toxic side effects that patients often experience.

The authors noted that CCZ inhibited the virus “without evidence of emergence of drug resistance” even 4 weeks after distribution for HCV genotype 1b and 6 weeks for 2a.

Although the findings seem to have a promising future, the team recognizes that more steps need to be taken before CCZis used to fight anything besides a stuffy nose or skin rash. Since the medication is used for allergies, the next step in the research will be to find how it treats HCV in humans.

“People should not take CCZ to treat their hepatitis C until it has been demonstrated that CCZ can be used safely and effectively for that purpose,” Liang urged.