Orthostatic Hypertension May Be a Risk Factor for AMD 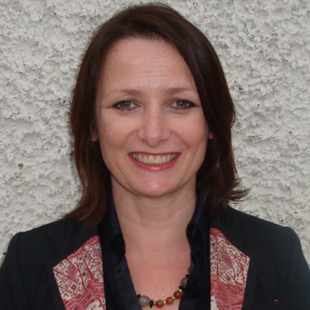 Christine A. McGarrigle, MSc, PhD
A study has discovered a possible link between the presence of orthostatic hypertension (OHTN) and an increased risk of age-related macular degeneration (AMD).

According to the study, led by Bláithín Ní Bhuachalla, MB BCh, PhD, with the Department of Medical Gerontology at Trinity College in Dublin, Ireland, data gleaned from The Irish Longitudinal Study on Aging—or, TILDA—showed that having systolic/diastolic OHTN ≥20/≥10 mm Hg was associated with an increased risk rate of AMD development, and provides some evidence that OHTN may be an independent cardiovascular risk factor for AMD.

Author Christine A. McGarrigle, MSc, PhD, an epidemiology research fellow with TILDA at Trinity College, spoke with MD Magazine about the study's discovery, stating that the study's results suggest that “OHTN may be an early biomarker of hypertension and may herald risk of developing AMD and perhaps other conditions caused by vascular disease.”

McGarrigle said that since AMD is a multifactorial disease associated with geriatric patients and OHTN is a “familiar condition [for] a geriatrician, frequently observed in clinical practice,” that it should be considered more closely. “The additional assessment of cardiovascular dysregulation could add a more comprehensive evaluation of vascular risk, apart from [the] measurement of blood pressure alone,” she said.

TILDA included health data from 8275 community-dwelling adults aged ≥50 years, collected from between 2009 and 2010. Data were collected in 3 stages: a home-based interview conducted using computer-assisted interviewing (CAPI), a self-completion questionnaire (SCQ) and either a home or a health center assessment.

As part of TILDA health center assessment, 3750 individuals were eligible for the analysis of clinical evidence of AMD as well as beat-to-beat orthostatic blood pressure behavior from an active stand, and those individuals underwent retinal photography to assess retinal morphology and determine and/or grade presence of AMD.

The resulting data from the study showed that those with systolic and diastolic OHTN had increased rates of AMD compared to those with normal stabilization with an odds ratios (OR) of 2.5 (systolic OR, 2.49; P = .016) and 2.6 (diastolic OR, 2.57; P = .013), respectively, and independent of objective hypertension and other recognized AMD risks factors.

The researchers argued that the association between OHTN and AMD risk requires further research, writing that “a case-control study in a clinical setting that had available measures, such as fluorescein and indocyanine green angiography, optical coherence tomography and fundus autofluorescence, would help inform any associations between OHTN, changes in the choroidal and retinal circulation and AMD.”

McGarrigle told MD Magazine that the study is the first to find an association between OHTN and AMD and that the findings, although novel, are supported by previous research which has determined that atherosclerosis plays a role in AMD pathogenesis. “[The data suggest] there is clinical value of identifying biomarkers of early vascular risk as it enables early intervention and OHTN is potentially modifiable and easily assessed in an outpatient clinical setting. If diagnosed and treated promptly, this could lead to either a delay or potential prevention of AMD development in patients," McGarrigle said

The study, “Orthostatic Hypertension as a risk factor for age-related macular degeneration: Evidence from the Irish longitudinal study on aging,” was published in Experimental Gerontology.