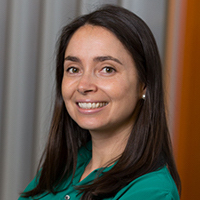 OIT is designed to get patients to a point of desensitization to the food. The therapy has been tested in older children, but the new research, published by investigators at the University of British Columbia and BC Children’s Hospital, is the first to find the therapy safe in children as young as 9 months old.

“Many allergists do not believe OIT should be offered outside of research settings, and have not routinely offered it as a therapy for peanut allergy in their clinics due to safety concerns,” said Edmond S. Chan, MD, the study’s senior author, in a statement. “We hope that our data demonstrates that the treatment is safe in preschoolers, and could be offered to families of preschool children with peanut allergy who ask for it.”

Chan and colleagues recruited 270 patients between the ages of 9 months and 5 years to undergo peanut OIT in 2017 and 2018. In order to be included, patients needed to have a well-established peanut allergy. Twenty-seven patients dropped out, leaving 243 patients to complete the study.

Children in the study saw a pediatric allergist in a clinic or hospital every 2 weeks, where they received a dose of peanut protein. Parents then administered daily doses at home in between visits. The goal was to get the child up to a 300 mg maintenance dose of peanut protein, which occurred after 8-11 visits.

Two-thirds of the children in the study (67.8%) experienced a reaction to the peanut protein, but two-thirds of those reactions were either mild or moderate. Eleven patients had severe enough reactions to warrant a dose of epinephrine (2.2% of reactions).

Corresponding author Lianne Soller, PhD, of the University of British Columbia, told MD Magazine® that parents were carefully briefed and trained on dosing procedures before being asked to administer the peanut protein at home.

“The allergist would have a discussion with the family about the risk of a reaction occurring, and to make sure that the Epipen was always available in case there was a reaction,” she said. “The family was also given an instruction sheet for what to do if a reaction occurred at home.”

Soller said home administration is a key facet of the therapy, and most parents were okay with the process once it was explained to them. With the data from the study, allergists can now tell parents concretely that the risk of severe reaction is very low.

The findings raise the hope that children with peanut allergies might be treatable and no longer require sometimes extreme precautions to ensure they don’t come into contact with products containing peanuts. Whether or not these patients will eventually be “cured” remains an open question, since no long-term studies on peanut OIT in preschoolers have been completed.

“The hope is that with staying on OIT (eating the peanut dose every day), if the child accidentally ate something containing peanuts, they wouldn’t have a reaction, or their reaction would be mild,” Soller said. “But we still don’t know for sure whether this is the case as our study only looked at safety during the first few months of OIT treatment.”

The study, “First Real-World Safety Analysis of Preschool Peanut Oral Immunotherapy,” was published online in The Journal of Allergy and Clinical Immunology: In Practice.

Click here to sign up for more HCPLive® content and updates.
Related Coverage >>>
FDA Approves Two Prescription Allergy Eye Drops for OTC Use
Tweet Chat on Physician-Patient Communication Scheduled for February 10
Biologics Better Methotrexate in Pediatric Psoriasis Reduction
You May Also be Interested in
Most Popular
The Fear of the Coronavirus, and the Reality of the Flu
Magic Johnson Celebrates Life 25 Years After HIV Diagnosis
Ustekinumab Successful as a Target Therapy for Crohn's Disease
Should Women Age 65 and Older Be on Hormone Therapy?
Top 10 Painkillers in the US