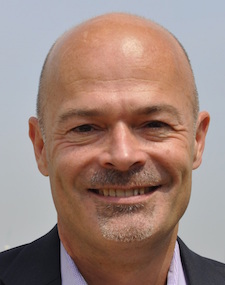 A safe and effective oral treatment for neovascular age-related macular degeneration (nAMD) would avoid repeated intravitreal injections of anti-vascular endothelial growth factor (VEGF) agents and the anxiety and stress that result from having a needle regularly inserted into the eye. One option that may be less burdensome than intravitreal shots for clinicians and patients is the oral tyrosine kinase inhibitor X-82.

Timothy Jackson (pictured) , PhD, FRCOphth, a reader in retinal research at King’s College, London, UK, led a team that recently completed a Phase I, open-label, dose-escalation study of X-82 in 35 patients at 5 US centers. The team enrolled patients at these centers between November 2012 and March 2015. The patients’ mean age was 77 years, and most were white women.

Although the main outcomes of interest in this uncontrolled study were adverse events, others included visual acuity, central subfield retinal thickness, and the number of anti-VEGF injections required.

Of the 35 patients, 24 (71%) completed the study. Of the non-completers, 6 revoked consent or dropped out because of adverse side effects attributed to X-82 — 2 each discontinued for leg cramps or elevated alanine aminotransferase levels, and 1 each for diarrhea or nausea/anorexia.

Regarding efficacy, by study end, all except 1 of the 24 completers (96%) had stable or better visual acuity compared with their baseline value. Mean improvement in visual acuity was 3.8 letters with a standard deviation (SD) of 9.6 letters. Furthermore, the mean number of anti-VEGF intravitreal injections needed was 0.7, and 15 of the 24 completers, or 60%, needed no anti-VEGF shots.

Because those who completed the study required fewer anti-VEGF injections than expected, the investigators concluded that X-82 warrants further study, and a Phase II randomized trial of this oral drug is currently in progress. In addition, because X-82 may result in reversible elevations in liver enzyme levels, the investigators also concluded that liver function testing is required to pinpoint patients who should not continue to receive X-82.

Click here to sign up for more HCPLive® content and updates.
Related Coverage >>>
FDA Approves Two Prescription Allergy Eye Drops for OTC Use
Daniel Kiernan, MD: Developing Effective AMD Treatments
Subconcussive Blows Linked to Visual Dysfunction in Athletes
You May Also be Interested in
Most Popular
The Fear of the Coronavirus, and the Reality of the Flu
Top 10 Painkillers in the US
Bempedoic Acid and Ezetimibe Combination Approved by FDA for Lowering LDL-C
Do EMRs Provide Clinically Relevant Information?
MDNN: CVS Health Buys Aetna, D-cycloserine for Tuberculosis, Unsafe Abortions, and Childhood Obesity