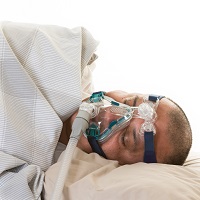 Results of a new study are providing physicians with more information on which patients would benefit most from an oral appliance instead of continous positive airway pressure to treat their obstructive sleep apnea (OSA).

The study, which was carried out by an international team of investigators from Australia and Brigham and Women’s Hospital, found that OSA patients without severe collapsibility benefitted more from an oral appliance that moves the lower jaw forward than those without the trait.

Through a secondary analysis of polysomnographic data from previous oral appliance research studies, investigators attempted to identify endotypic traits as indicators for greater efficacy of oral appliances in OSA patients. A total of 93 patients were included in the final analysis. On average, patients were 56.2 years old, obese (30.5 kg/m2) and had moderate to severe sleep apnea (30.6 events per hour) — 56% of this group was male.

All patients included in the analysis had to have a baseline Apnea-Hypopnea Index (AHI) of 20 or more events per hour — this number was chosen to reduce the influence of night-to-night variability on percent reduction with treatment. The primary outcome measure of the analysis was reduction in AHI with treatment relative to baseline measurements.

Investigators noted that oral appliance provided, on average, 89% of the maximal mandibular protrusion and that treatment lowered AHI by a median of 67%. Additionally, 43 patients in the analysis achieved a reduction of 50% or more in AHI events.

“Sleep apnea is not all the same, but we only recently developed ways to look at a sleep study and determine what traits cause the condition in different patients,” said senior author Scott Sands, PhD, assistant professor of medicine at Harvard Medical School and Brigham and Women's Hospital in Boston. “Since oral appliances work by improving the collapsibility of the upper airway, patients without really severe collapsibility are more likely to benefit from an oral appliance.”

This study, “Polysomnographic Endotyping to Select Obstructive Sleep Apnea Patients for Oral Appliances,” was published online in The American Journal of Medicine.