Opioids Do Not Reduce Pain After Tooth Extraction 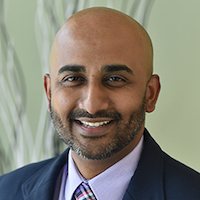 Romesh Nalliah, DDS, MHCM, and a team of Michigan-based investigators evaluated whether pain and satisfaction scores reported by patients who used opioid after extraction were similar to those by patients who did not use opioids. The findings suggested that nonopioid analgesics should be the first-line medication for dental extraction.

Each patient was surveyed about the type of extraction they had; use of a prescription opioid (if given); use of nonopioid analgesics; pain levels; and satisfaction with care. If patients were given an opioid, the team asked them to describe the number used, instruction for consumption that they followed, and storage practices.

The investigators defined routine extraction as surgery that required no conjunctive removal of bone or extraction of soft tissue. Surgical extraction required an incision into the connective tissue to gain tooth access.

Self-reported pain was the primary assessment, which was assessed by the question, “Thinking back, how would you rate your pain in the first week after your dental procedure?” Patients had a 4-point pain scale of no pain, minimal pain, moderate pain, or severe pain.

Additional measures were self-reported satisfaction, assessed by a 10-point Likert scale ranging from extremely dissatisfied to extremely satisfied with their care.

Those who used opioids were considerably younger and a higher percentage were female patients.

The 4-point pain scale produced a median IQR of 3 for the surgical extraction group and routine group, and 2 for the nonopioid group (P <.001).

There was a higher percentage of patients in the routine extraction opioid group who reported pain concerns than those in the nonopioid group.

In total, 70.3% of patients who underwent surgical extraction and 49.4% who had a routine extraction received an opioid prescription.

The investigators suggested the use of nonopioid analgesics rather than opioids for most patients who undergo dental procedures.

The study, “Association of Opioid Use With Pain and Satisfaction After Dental Extraction,” was published online in JAMA Network Open.