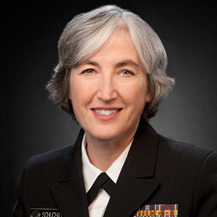 Anne Schuchat, MD
A new report from the US Centers for Disease Control and Prevention (CDC) suggests that opioid overdose rates continue to worsen in emergency departments (ED).

The most recent report from the CDC’s Enhanced State Opioid Overdose Surveillance (ESOOS) Program stated that, from July 2016 through September 2017, opioid overdoses have increased 35% in the program’s 16 participating states.

The increases were prevalent in both men and women of all age groups in all regions, according to the report. But they varied state-by-state, with notable differences among rural and urban areas.

That’s not to say they’re the sole region affected by the opioid epidemic. Northeast states such as Delaware (105%), Pennsylvania (81%), and Maine (34%) also reported significant increases, as well as Southeast state North Carolina (31%). Other states in the Eastern region, such as Massachusetts, New Hampshire, and Rhode Island, showed nonsignificant decreases of less than 10%. Kentucky, meanwhile, reported a statistically significant decrease (15%).

Large central metropolitan areas—as defined by a population of 1 million-plus and covering a principal city—reported the greatest increase among region types (54%). That said, it’s an issue affects every region, and calls for better coordination of care and access across the county and state lines.

CDC Acting Director Anne Schuchat, MD, said it’s ED data—not prolonged death certificates— that can give regions better indication as to the growth and movement of the opioid epidemic.

“This fast-moving epidemic affects both men and women, and people of every age,” Schuchat said. “It does not respect state or county lines and is still increasing in every region in the United States.”

The CDC also has compiled data via the National Syndromic Surveillance Program (NSSP) BioSense platform, which analyzes data from 52 jurisdictions in 45 states—covering more than 60% of ED visits in the US.

The data reports that, from the same time frame as the ESOOS Program report, all 5 US regions experienced increases in overdose rates. Consistent with the program report, it indicates that the Midwest (70%) is the most burdened region. The next most afflicted region is the West (40%), followed by the Northeast (21%), Southwest (20%) and Southeast (14%).

The report calls on health departments to better inform its communities of these significant rates, as well as increase access to treatments and resources to overdose and addiction. This includes naloxone for first responders, and mental health programs and medication for patients with opioid use disorder.

Alana Vivolo-Kantor, PhD, a behavioral scientist in CDC’s National Center for Injury Prevention and Control, said in a statement that people who have already suffered from overdoses are statistically more likely to suffer from another.

“Emergency department education and post-overdose protocols, including providing naloxone and linking people to treatment, are critical needs,” Vivolo-Kantor said. “Data on opioid overdoses treated in emergency departments can inform timely, strategic, and coordinated response efforts in the community as well.”

Click here to sign up for more HCPLive® content and updates.
Related Coverage >>>
Christina Tan, MD, MPH: Managing Coronavirus Fear
Novalung System Granted 510(k) Clearance for Whole ECMO System
FDA Approves IV Meloxicam for Pain Management
You May Also be Interested in
Most Popular
The Fear of the Coronavirus, and the Reality of the Flu
Do EMRs Provide Clinically Relevant Information?
Testosterone Supplementation May Increase Serotonin Levels in the Brain
Microbiome Markers Linked to Quality of Life for Women with IBS
How to Spot a Bad Doctor