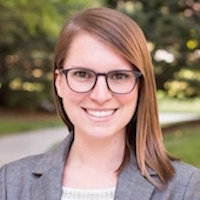 Monitoring pre-discharge opioid use in women after a cesarean delivery could help optimize non-opioid analgesia and reduce opioid use, according to new study findings.

Jacqueline Carrico, MD, and a team of investigators from the University of Colorado, conducted a prospective cohort study of more than 200 cesarean section (C-section) patients and found that those who reported low opioid use after hospital discharge took on average 44% less opioids in the 24 hours before discharge than those who reported higher use.

The findings may lead to more informed individualized opioid prescriptions.

Carrico, from the Department of Anesthesiology at the University of Colorado Anschutz Medical Campus, developed a questionnaire to quantify postoperative opioid use during the 4 weeks following discharge after a C-section. The team included questions from the National Institutes of Health Patient-Reported Outcomes Measurement Information System (PROMIS) to evaluate severity and pain interference post-discharge.

The investigators used an electronic health record (EHR) to screen females who underwent a C-section at the University of Colorado Hospital between February 2, 2017-April 2, 2018. Exclusion criteria included the inability to understand English or Spanish; infectious precautions orders that limited access for enrollment; incarceration; planned discharge to a long-term hospital or treatment program; and inability to be contacted once discharged.

Enrolled patients received a $10 gift card as incentive after completion of each weekly questionnaire (4 total; $40).

Carrico and the team collected pre-discharge data from the EHR, which included patient demographics; preoperative opioid use; American Society of Anesthesiology physical status; type and duration of procedure and associated procedures; opioid and nonopioid analgesics used in the 24 hours before discharge; and the discharge prescription type and amount.

The primary measure was the total patient-reported milligram morphine equivalents (MMEs) taken over the first 4 weeks after discharge. The investigators calculated the measure using knowledge of the drug type, route of administration, and commonly accepted conversion factors. Additional outcomes included the amount of unused opioids, post-discharge use of nonopioid analgesics, reasons for not taking any opioids, and opioid storage and disposal practices.

Overall, the team included 203 patients who completed >1 questionnaire. Using self-reported MMEs taken over the first 4 weeks post-discharge, 113 women were in the high opioid usage group (>75 MMEs) and 90 in the low opioid use group (<75 MMEs).

Both groups received the same median prescription of 225 MMEs at discharge.

Opioid amount decreased over the discharge period, with the median being 0 MMEs in the low-use group during weeks 2-4 and in the high-use group in weeks 3-4.

PROMIS scores for pain intensity and interference also both decreased.

Patients who did not take opioids most commonly reported adequate pain control without them and concerns about breastfeeding.

The findings, along with clinical education, could be essential in changing opioid prescribing practices, the study authors wrote.

The study, “Predicting Opioid Use Following Discharge After Cesarean Delivery,” was published online in the journal Annals of Family Medicine.