Opioid Addiction: It Happens to Physicians Too 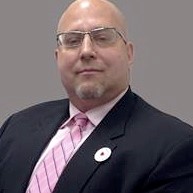 Editor's Note:Joseph Garbely, DO, (photo) is medical director of Caron Treatment Centers, a behavioral health facility specializing in substance abuse treatment.
He is based in Wernersville, PA. Caron also has a center in Boca Raton, FL.
He was interviewed by MD Magazine contributor Megan Daily. This is the first of two parts.

Q How many physicians have a substance abuse problem?

A: The incidence of substance use disorders in health care professionals is that of the general population, so we're looking at 12 or so percent of physicians.

Physicians rely heavily on self-efficacy. They can tolerate strain affecting different domains of their life before they let that last domain be affected, which is "work".  They seem to protect that final work domain.  When work is affected they may quickly find themselves intervened upon and that's how they come into treatment.  In some cases because a regulatory agency or employer is insisting that they come in for treatment.

Q: So they get to the point where addiction impacts everything else in their lives but resist getting help until it affects their work?
Absolutely. When they come into treatment it’s clear their interpersonal relationships, connection with the community, with faith and their family of origin have been greatly impacted, however because they are able to get to work, and be productive, they are in a state of denial. So they believe, "I can't have a problem if I can still see patients and earn a living."  So they protect that last frontier with everything they can.  They protect it with substantive resources.

Q: Are physicians less likely to know they have a problem?
I think there is that lack of recognition that occurs.  Physicians tend to work long hours and really struggle to strike a balance in their lives. That can turn into using substances to self-medicate as a way of giving themselves a break. That maladaptive pattern can mean all they are doing is working and using.

Q: Are opioids the most commonly abused substance?
No, opioids are a close second. Alcohol is still the number one drug of choice with health care professionals--really with everyone.  This opioid epidemic has grown to epic proportions and sparked a national conversation, however, alcohol is legal. It's really an access issue. With alcohol you can hide in plain sight.
Q: Do physicians have ready access to opioids? http://www.hcplive.com/medical-news/addicted-docs-failure-is-not-an-option
Some specialties have more access than others.  Anesthesiologists, for example, are over-represented in the segment of the health care professional community that is in treatment.

Q: Isn’t there a bright line that’s crossed in terms of self-administering or self-prescribing opioids?
When you have access to a prescription pad, you may cross that sacrosanct boundary line that makes it illicit to write opioids for yourself or your family. But that's often what they'll do, they'll write opioids for their wife, for their parent, so that it’s not as easily detectable.

Q: Do you see an increased focus on suspicious prescriptions?
Yes. Pharmacists have been trained, in the most recent years, to really scrutinize those prescriptions.

Q: But physicians can treat relatives, can’t they?
Here's the simple rule.  You have to have a doctor/patient relationship and substantiating documentation. If you are representing yourself as your wife's doctor you had better have substantiating documentation to prove that you are your wife's doctor. A prescription for an antibiotic might not be flagged, but if it’s a controlled substance, there are now eyes on those prescriptions and questions asked. The rules can be fluid but it is getting harder for a physician to write scripts for relatives and certainly for themselves.

Q: So would you say that the existing state of regulation is appropriate?

I think we're getting there, the new CDC opioid prescribing guidelines targeting primary care physicians were very helpful. They can use those guidelines to explain to patients why they're not able to write prescriptions in the manner that some patients would like.

Q: David Kessler, MD, the former FDA director recently blamed the opioid addiction crisis on a major change in the 1990s in attitudes toward pain control. Do you agree?

Yes. There was a "perfect storm".  When OxyContin came out, it was marketed as a non-addictive pain medication targeting cancer pain. I myself as an internist received it as advertised, thinking that this is a step in the right direction. It was supposed to last for twelve hours, now they are releasing clinical trial data that proved otherwise, that it lasts six to eight hours.


Q: Is that why physicians started prescribing more opioids?

Partly. Around 1998 the Joint Commission came out with an initiative that called pain the “fifth vital sign” and using analog scales to measure pain in everyone, I mean everyone.  You could have a urinary tract infection, an upper respiratory infection, or a hangnail, and in a hospital system, the physician had to ask about you about pain.

Q: Did asking about pain always lead to a prescription for an opioid?

Typically [treatment] was not acupuncture, medical massage, physical therapy, occupational therapy but a short-acting opioid analgesic like oxycodone or hydrocodone. In folks who aren't presenting with pain, or complaining of pain the Joint Commission opened a door for patients who had a proclivity toward addiction to capitalize on that. It was an unintended consequence but funding was tied to asking those questions.  That's the power of the Joint Commission. CMS funding and commercial insurance ties your reimbursement to that procedure of asking about pain and treating it adequately.


Q:  Are there any proposals out there to change that practice?

Senator Toomey [US Sen. Pat Toomey, R-PA] in our state is working on legislation to uncouple the results of those pain questions from federal funding.

Q: Is this opioid crisis just a US phenomenon?
The United States makes up 4.6% of the world's population.  Yet we use 80% of the world's opioids. I mean that's staggering; 99% of the world’s hydrocodone.  Either the rest of the world is in excruciating pain or we're doing something wrong.  That's where this perfect storm led us.

Q: What do you think of the term “pseudo addiction” the idea that under-treatment of pain, rather than addiction, is the more pressing and authentic clinical problem in opioid-seeking patients.

There were studies in the 1980's saying you can use opioid analgesics with impunity and that less than 1% of patients will become addicted to the opioid analgesic that is prescribed.  That turned out to be a huge under-estimation.  The study was actually looking at cancer pain and the dosages the study looked at were very modest.  It had just been utilized to promulgate this epidemic.

Q: Is there a difference in how heroin addicts and people who need increasing amounts of legally prescribed drugs process opiates?

There is no difference physiologically.   Opioids release dopamine in a certain key area of the brain causing the warm, pleasurable feeling known as euphorigenesis.  At the same time the opioid is working in other ways to reduce pain. Patients connect the euphorigenic effect with their pain relief.  They feel good, and think OK, that’s telling me the medicine is working, but it’s really a psychological connection.

Q: What happens to lead to an overdose?

There’s a more complete tolerance for the euphorigenic effect, to continue to get that feeling you are eventually going to need more and more.   Those using opioid analgesics in an addictive way and chasing that warm pleasurable feeling--that’s where they run into problems because of the effect on the medullary respiratory system, that tolerance is incomplete.  That’s how they die of a respiratory failure.  They’re chasing that high, climbing a ladder and they can never get to where they want to go because the respiratory system conks out before they get there.  That’s how they overdose.


Click here to sign up for more MD Magazine content and updates.
Related Coverage >>>
HCPLive Announces New Tweet Chat Series with SoMeDocs
The Best of Medical Chart Errors
The Guideline-Care Barrier
You May Also be Interested in
Most Popular
Real-World Challenges to Prescribing Sacubitril/Valsartan for Patients with Heart Failure
Virtual Physical Therapy Shows Promise Following Knee Surgery
Top 10 Painkillers in the US
Brokers and the Affluent
How Many Pills Do Your Elderly Patients Take Each Day?