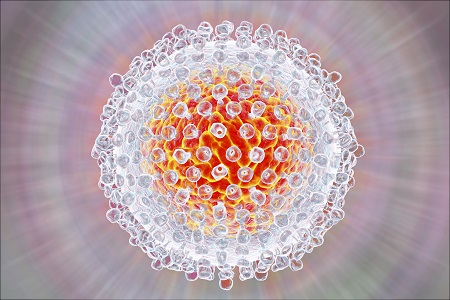 Injecting drug users face the highest risk of hepatitis C (HCV)-related mortality and morbidity, a problem that has been exacerbated in recent years as the opioid addiction crisis has grown. Yet, according to a study presented earlier this month at ID Week 2018, only about one-third of at-risk opioid-addicted teens and young adults have been tested for HCV.

“We’re missing an opportunity to identify and treat young people who are at risk for this deadly infection,” said lead author Rachel L. Epstein, MD, MA, of Boston Medical Center, in a statement. “Screening for [opioid use disorder] OUD and other drug use, and then testing for hepatitis C in those at high risk, can help us do a better job of eliminating this serious infection, especially now that very effective hepatitis C medications are approved for teenagers.”

Abuse of opioids in a pill form does not increase the risk of HCV infection. However, research suggest many opioid addicts eventually begin injecting the drugs, or graduate to other injected drugs.

The study is based on records in the OCHIN electronic health record database. The team of researchers pulled records of patients ages 13-21 who visited a federally qualified health centers (FQHCs) in 19 states between 2012 and 2017. FQHCs primarily provide care to diverse and underserved communities.

The data dive yielded some 269,000 patients who met inclusion criteria. Of those, just 2.5% were tested for HCV during the five-year study period. Among patients with a diagnosis of opioid use disorder, the HCV testing rate was just 35%, despite the strong association between drug use and HCV risk. The testing rate was even lower (8.9%) when researchers isolated patients who were coded as having any history of drug use.

Only 10% of patients tested for HCV were also tested for HIV, another virus commonly transmitted among people who inject drugs.

While the data suggest physicians and public health officials are failing to provide HCV tests to the majority of young drug-users, Epstein said that’s only part of the problem. The other part is a failure to identify young people are addicted to drugs in the first place.

“The issue is complicated by the fact that not enough at-risk youth are screened for opioid or other drug use for a variety of reasons, including lack of time, comfort level between clinician and patient, and privacy and stigma concerns,” Epstein said. “And even when drug use is identified, there’s a belief that youth are less likely to test positive for hepatitis C, which isn’t necessarily the case as we show in our study. Clearly, this is an overlooked group that is at high risk.”

The study, “HCV Screening Practices Among Adolescents and Young Adults in a National Sample of Federally Qualified Health Centers in the US,” was presented at IDWeek 2018.