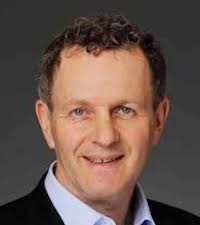 Online mindfulness-based cognitive therapy could be a welcome addition to the usual care for patients suffering from depression.

A team led by Zindel V. Segal, PhD, examined whether web-based treatment of residual depressive symptoms can lead to incremental benefits for adults when it is added to usual care for depression.

Patients with residual depressive symptoms often face a gap in care due to very few resources available to manage the lingering effects of the disease.

The investigators identified adults with residual depressive symptoms between March 2015 and November 2018. Outcomes were assessed for a 15-month period, comprising of a 3-month intervention interval and a 12-month follow-up period.

Those who received an online version of mindfulness-based cognitive therapy in addition to their usual care had greater reductions in depressive and anxiety symptoms, as well as higher rates of remission and higher levels of quality of life compared to patients who received usual care only for depression.

Patients in the MMB group had significantly greater reductions in residual depressive symptoms than did those receiving UDC only (mean [SE] PHQ-9 score, .95 [.39], P <.02).

However, there is no statistically significant differences in physical functioning between the groups.

“Use of MMB plus UDC resulted in significant improvement in depression and functional outcomes compared with UDC only,” the authors wrote. “The MMB web-based treatment may offer a scalable approach for the management of residual depressive symptoms.”

The study, “Outcomes of Online Mindfulness-Based Cognitive Therapy for Patients With Residual Depressive Symptoms,” was published online in JAMA Psychiatry.

Click here to sign up for more HCPLive® content and updates.
Related Coverage >>>
Parental Therapy Helps Children with Anxiety
Dawn Carr, PhD: Geriatrics Face Difficult Hurdles During COVID-19 Pandemic
CBT App Improves Sleep Quality in Insomnia Patients
You May Also be Interested in
Most Popular
Limited Supply of Chloroquine, Hydroxychloroquine Could Affect COVID-19 Use
Flu Cases Near 30 Million in the US, CDC Reports
Gastrointestinal Issues Could Help Diagnose Coronavirus
Concern Over Sleep Apnea and Coronavirus Transmission
Why Does This Patient Have a Hyperlucent Right Lung and Rib Deformities?