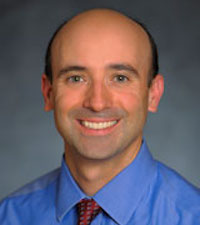 That’s the finding of a new study based on data from a specialty pharmaceutical firm, including records of more than 9,000 patients.

Overall, 33.5% of patients prescribed a direct-acting antiviral (DAA) regimen for chronic HCV  were denied. Among those patients with private insurance, the rate increased to 52.4%. Patients on Medicaid were denied 34.5% of the time, while patients on Medicare had a lower denial rate of 14.7%. The study data cover the period from January 2016 through April 2017. Over that time frame, the data show denial rates were increasing.

“I think these denials are due in part to the high costs of the HCV antivirals and insurers concerns regarding the costs for these drugs inflating their budgets,” senior author Vincent Lo Re III, MD, MSCE, an associate professor of medicine and epidemiology at the University of Pennsylvania’s Perelman School of Medicine, told MD Magazine.

But Lo Re said the problem also has to do with the fact that the drugs are being prescribed to more patients with chronic HCV who have less advanced liver fibrosis.

“These patients are coming up against insurers’ restrictions to access unless patients have more advanced liver fibrosis,” he said.

Those restrictions run contrary to the recommendations of both the Infectious Diseases Society of America and the American Association for the Study of Liver Diseases. Both organizations recommend that all patients with chronic HCV infection be treated with direct-acting antivirals.

Though the drugs are expensive, Lo Re said the data — both clinical and financial — support the use of these medications. He noted that left untreated, chronic HCV patients are at risk for a host of other complications.

“Cost-effectiveness analyses have demonstrated that these new hepatitis C treatments are cost-effective even at early stages of liver fibrosis,” he said. “When you factor in the costs of liver transplantation, hospitalizations to manage complications of liver failure, and treatment/management of HCV-associated liver cancer, the downstream costs of these issues far outweigh the up-front cost of hepatitis C treatment.”

He also noted that lack of treatment contributes to HCV transmission.

In fact, the problem of HCV under-treatment is even worse than the insurance denial data suggest, since the insurance study only reflects patients who have sought treatment. Overall, including patients who haven’t sought treatment or don’t know they have the infection, fewer than 1 in 10 chronic HCV patients in the US receives treatment. Fixing the problem, Lo Re said, will require a joint effort.

“I think it will take a coordinated effort between stakeholders in industry, government, patient advocacy groups, patients, clinicians, health services researchers, and policy makers to discuss the issue, recognize the cost-effectiveness (shown in numerous studies), and come to common ground to increase access to these drugs,” he said.

Click here to sign up for more HCPLive® content and updates.
Related Coverage >>>
How Will COVID-19 Change Pediatric Care?
Brian LaMoreaux, MD: Practicing Rheumatology During and After COVID-19
COVID-19 Lockdown Having an Impact on Adolescent Mental Health
You May Also be Interested in
Most Popular
Diabetes Drug Metformin Associated with Reduced AMD Risk
Experts Advise on Asthma Care, Management during COVID-19
Poor Toleration: AL and ATTR Treatment Modification
Analysis Examines Efficacy, Safety of Bempedoic Acid From 4 Clinical Trials
Should Women Age 65 and Older Be on Hormone Therapy?