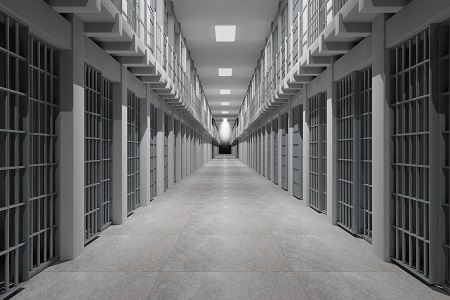 While African Americans make up 12% of the United States population, they made up 44% of new human immunodeficiency virus (HIV) infections in 2014. This data from the Centers for Disease Control and Prevention (CDC) covers just one year, but it is well known that African Americans have the most severe burden of the disease in the US in general.

This discrepancy between African Americans and Caucasians in terms of HIV risk can’t be explained by differences between the groups in engagement in risky behaviors. So researchers from the University of Louisville School of Public Health and Information Sciences in Kentucky examined a factor that could potentially cause such a disparity – criminal drug policies.

After reviewing literature on criminal drug policies, the team developed the Drug War HIV/AIDS Inequities Model. This led to the identification of two main factors which eventually put this population at a greater risk of contracting HIV – disproportionate drug arrests and sentencing of African Americans.

Unprotected sex and needle sharing are common routes for HIV transmission, and this holds true in prisons. When someone goes to jail, according to the model, it puts an imbalance between men and women within the community. Since more African Americans are incarcerated for drugs, there’s a greater chance of bringing back HIV to their community after being released.

“The Drug War also socially marginalizes African Americans and compounds stigma for incarcerated and formerly incarcerated persons living with HIV/AIDS,” the authors wrote in the International Journal of Drug Policy. “This marginalization has implications for sexual risk-taking, access to health-promoting resources, continuum of care participation.”

This model could help improve HIV prevention and eliminate racial/ethnic disparities. Looking at the bigger picture, Kerr concluded by saying he hopes that it could change future policy decisions as well.