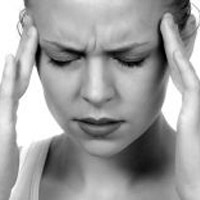 Although light is known to exacerbate migraines and make them more unbearable, researchers recently discovered that a particular color of light can reduce the severity of the headache.

Five years ago, Rami Burstein, PhD, and colleagues from Beth Israel Deaconess (a teaching hospital at Harvard Medical School) discovered that blue light hurts those with migraine who are blind. Now the team set out to determine if a specific color of light could soothe the pain. Spoiler alert: There is one specific color, and it’s green.

“More than 80% of migraine attacks are associated with and exacerbated by light sensitivity, leading many migraine sufferers to seek the comfort of darkness and isolate themselves from work, family, and everyday activities,” Burstein said in a news release. When 41 patients with acute migraine attacks were exposed to a narrow band of white, blue, amber, green, and red lights at high intensity (while in a well-lit office), about 80% of patients said that their headache intensified with all of the colors except for green. Not only did the green light prove to cause significantly less irritation, but it reduced the headache pain by about 20%.

The researchers said that this finding was unexpected, but they wanted to know why this was the case. By conducting experiments, they found how electrical signals generated by the retina in the eye and the cortex in the brain contribute to migraines. Blue and red lights caused the largest signals in both eye and brain regions and green light caused the smallest, as described in Brain.

The next step was to examine neurons in the thalamus of animal models – which is the area where the light information is translated from eye to cortex. Correlating with the first experiment, the neurons showed to be the most responsive to blue light and the least response to green light. This explains why someone with a migraine feels less intensity, and even relief, with the narrow band of green light.

“These findings offer real hope to patients with migraines and a promising path forward for researchers and clinicians,” Burstein concluded.

Click here to sign up for more HCPLive® content and updates.
Related Coverage >>>
ACR Releases First Guidelines for Reproductive Health in Rheumatic Diseases
Partnering with Patients: Effective, Patient-Centered Care for Chronic Pain
FDA Approves IV Meloxicam for Pain Management
You May Also be Interested in
Most Popular
Gulf War Mystery: Why Is MS Onset Slower in Gulf Vets?
The Fear of the Coronavirus, and the Reality of the Flu
Fluoxetine Reduces Symptoms for Children with Autism Spectrum Disorders
New Immunotherapy Blocks Key Macrophage Checkpoint in AML Care
Top 10 Painkillers in the US