One Coca-Cola, One Hour: Harmful Effects on the Body 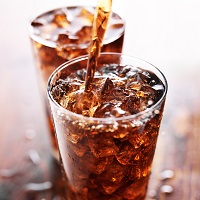 It may be cool to sip on a Coca-Cola that features your name right on the product, but a report that’s been making the rounds details the metabolic roller coaster ride that drinking even a single can unleashes on the body.

The former UK pharmacist behind The Renegade Pharmacist, Niraj Naik, created an infographic detailing the harmful effects a single can of Coca-Cola can have on the body – and soda drinkers are not going to be happy about this one.

The infographic is stirring up controversy from commenters even though previous studies have identified harmful effects of soda in general. Researchers have linked the bubbly beverage to an increase risk of diabetes, belly fat, and the early onset of menstrual cycles.

Naik outlined the one hour timelines as follows: