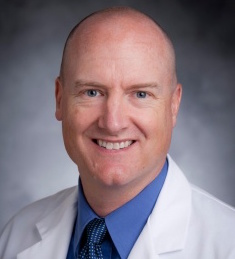 In a new study assessing the supplementation in overweight/obese patients with uncontrolled asthma aged 12 to 25 years old, a team of investigators, led by Jason E. Lang, MD, MPH, of the Duke Children’s Hospital and Health Center, Duke University School of Medicine, found they could not recommend omega-3 fatty acid (n3PUFA) as a preventive measure.

“These findings do not support a strategy of therapeutic n3PUFA supplementation in these patients with symptomatic asthma,” they wrote.

Study authors did not respond to a request for comment at the time of publication. In a statement regarding the results, Lang noted that growing evidence pointing to systemic inflammation being caused by an asthmatic patient’s obesity.

“Because the omega-3 fatty acids in fish oil have anti-inflammatory properties, we wanted to test whether fish oil would have therapeutic benefits for these patients,” Lang said.

With consideration to the role of a variant in gene ALOX5 in the study’s findings, investigators found no association. Gene mutations are capable of reducing the body’s response to anti-leuoktriene drugs, which work to combat inflammatory molecules behind asthma attacks. Though the ALOX5 variant was linked to patients’ leukotriene production, it did not influence the fish oil treatment’s efficacy.

Within this specific asthma patient group, however, the fatty acids did not prove therapeutic. Lang suggested that differing doses, or a long treatment regimen, could possibly result in symptom improvements.

The study, "Fish Oil supplementation in Overweight/Obese Patients with Uncontrolled Asthma: a Randomized Trial," was published online in the Annals of the American Thoracic Society.