Omega-3 Fatty Acids Could Dampen Inflammation in Patients with MS 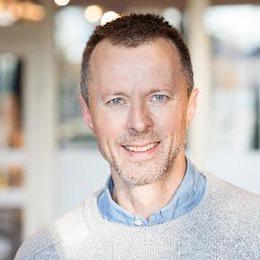 New research into the anti-inflammatory effects of omega-3 fatty acids suggest they could play a role in reducing the severity of multiple sclerosis (MS).

Researchers from the Norwegian University of Science and Technology wanted to get a better idea of the effect omega-3 fatty acids have on inflammation. Omega-3s are found naturally in foods like fatty fish, but they are also a popular over-the-counter supplement.

One of the reasons for the supplements’ popularity is their apparent ability to reduce inflammation in patients, but scientists have yet to fully understand exactly what effect it has on cells and whether the effect varies in different types of patients and cells.

For their study, the Norwegian researchers looked at macrophages, immune cells located within tissues and organs that coordinate inflammatory responses within the body.

“These cells are the major sensors for pathogens and internal damage and they mount an inflammatory response according to their incoming signals by production and secretion of a number of substances that control all cells and aspects of our immune system,” study author Geir Bjørkøy, DSc, a professor in the Department of Biomedical Laboratory Science at NTNU, said.

One of the ways macrophages self-regulate is a process called autophagy, which literally translates to “self-eating.” This is a process by which macrophages break down dysfunctional or unnecessary proteins or other matter from cells. The researchers hypothesized that omega-3s might reduce macrophages’ inflammatory responses by elevating autophagy.

In tests on isolated human macrophages and mice, the researchers found that omega-3s activate autophagy and reduced what is known as the type 1 interferon response. They then tested whether omega-3s would reduce the circulating level of type 1 interferons (CXCL10) in patients with elevated levels of the same.

The answer was conclusive.

Bjørkøy was careful to note that the testing was done on macrophages of healthy human donors, and not on the cells of patients with MS. However, he said the data from their study suggest it could have implications for MS patients.

“From our studies, I would expect that CXCL10 could also be reduced in MS patients with an ongoing active inflammation,” Bjørkøy told MD Magazine. “In this way, omega-3 supplementation may reduce the severity of active MS (at least in some patients).”

Bjørkøy said it’s also possible omega-3s could prevent, limit, or delay inflammatory outbreaks in MS patients. However, he said those hypotheses could only be borne out through additional study and clinical trials.

One other benefit of omega-3s is that they’re quick to act. Omega-3 supplements begin to trigger effects in the body within hours, and “the circulating level of omega-3 are elevated some time (1-3 days) after intake,” Bjørkøy said.

Researchers concluded the effects are relatively rapid to “re-wire” inflammatory responses in the macrophages.

Bjørkøy said an analysis of patients who took omega-3 supplements for a year showed reduced levels of CXCL10, suggesting that the effects of the supplements are durable. However, he said it’s not clear how long it took for the effect to take hold, since they only had blood samples from the end of the study.

The study, “N-3 PUFAs induce inflammatory tolerance by formation of KEAP1-containing SQSTM1/p62-bodies and activation of NFE2L2” was published in the journal Autophagy last month.