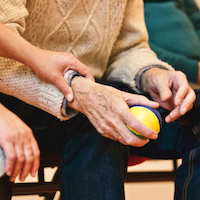 This influenza (flu) season, patients >65 years old make up 62% of reported A(H1N1)pdm09 viruses, according to the most recent US Centers for Disease Control and Prevention (CDC) weekly influenza surveillance report. Less than 13% of influenza positive specimens reported by public health laboratories were from adults of that population.

Older patients are at higher risk of more severe consequences as a result of the flu than any other population. This is because as individuals age, their immune defenses weaken.

To best protect against the flu and its complications, older patients should get a seasonal flu vaccine each year by the end of October. These patients should not get their flu shots too early though, the CDC and the Advisory Committee on Immunization Practices determined. Vaccinating too early could lead to reduced protection later in the season.

Flu vaccines are updated every year to keep up with the changing viruses and ensure the best protection possible.

Although adults >65 years old have weaker immune systems and might not respond as well to vaccination as their younger counterparts, findings of previous research showed that the vaccine has been effective in reducing hospitalizations and medical visits associated with the flu. Such patients should get a flu shot, rather than a nasal vaccine, the agency reports.

There are 2 vaccines designed specifically for patients >65 years old: As the number of reported flu cases exceeds 22 million in the US, adults and children alike can take preventive actions every day to stop the spread of germs. Along with avoiding contact with sick people, patients should wash their hands often with soap and water and avoid touching their eyes, nose, and mouth. It’s also a good idea to clean and disinfect surfaces and objects that might be contaminated with germs.

If an individual has the flu, they can take antiviral drugs to treat their illness. Such drugs can make the illness milder, shorten the time the patient is sick, and have the potential to prevent serious flu complications.

Here are a few more vaccinations physicians should consider for their older patients:

Experts also advise a tetanus, diphtheria, and pertussis (Tdap) vaccination for adults—a recommendation which was formally set 15 years ago. In that time frame, just approximately 20% of older adults have received a booster, despite it being advised once every 10 years.

Pertussis (whooping cough) is associated with serious illness and infection in adults, and its events—characterized by violent fits of coughing—can become more prevalent in patients who haven't received boosters.

The pneumonia vaccine PPSV23 (Pneumovax 23) is advised for everyone ≥65 years old, and the added-protection PCV13 (Prevnar) recommended for adults at increased risk of pneumococcal bacteria.

Infections can lead to pneumonia and meningitis, among other illnesses, and older adults have a proven increased risk of death and serious disease due to the bacteria. The mortality rate for pneumonia is approximately 5% in older adults, despite it being 50% to 85% preventable with PPSV23.

Though a CDC panel recently advised older adults only receive PPSV23, there has been research indicating that routine dosing of PCV13 to children has an indirect benefit for at-risk senior patients.

The shingles vaccine Shingrix is recommended for everyone ≥50 years old—including patients who had received Zostavax, the former primary shingles vaccine. The recently FDA-approved vaccine is administered in a pair of doses given separately 2-6 months apart. It has shown a 97% prophylaxis efficacy in persons aged 50-69 years old, and a slightly decreased yet significant rate (91%) among persons ≥70 years old. Patients are similarly protected from postherpetic neuralgia due to the vaccine.