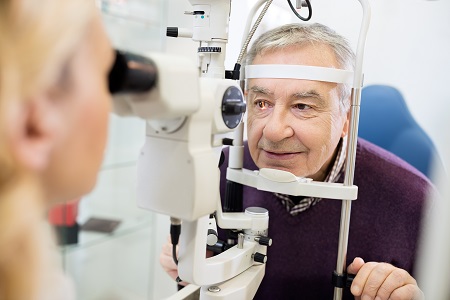 An ocular implant was found to increase the positive results of cataract surgery for patients with glaucoma.

The device is only the second of its kind to be approved by the US Food and Drug Administration (FDA). The iStent inject creates a pathway through the trabecular meshwork into Schlemm’s canal, allowing aqueous outflow that reduces intraocular pressure (IOP).

The iStent inject Study Group—led by Thomas W. Samuelson, MD, of the Minnesota Eye Consultants—randomized patients 3:1 intraoperatively, allowing them to assess the stent in 269 patients.

Investigators did not respond to a request for comment at the time of publication.

All subjects were followed through 2 years post-op, during which they also received annual washout of ocular hypotensive medication. Adverse events did not occur during this time. For the first week, patients were prescribed topical antibiotics, and for the first 4 weeks, they were prescribed tapered topical prednisolone acetate 1%, to be reduced over time if patients were improving appropriately.

Both the control group and the treated group were well-balanced prior to surgery, but the differences became stark after only the treated group received the implant. After 2 years, 75.8% of treated eyes experienced ≥20% reduction from baseline in unmedicated DIOP (P= .005). Only 61.9% of untreated eyes achieved these results.