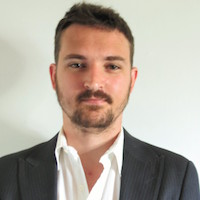 Obesity, among the greatest public health epidemics to affect Americans in the past decade, is projected to increase into the 2030s.

A new study from investigators at the Harvard TH Chan School of Public Health in Boston showed estimates that nearly half of all US adults will have obesity in the next 10 years. The prevalence will be greater than 50% in 29 states, and no less than 35% in any other state.

The findings, reported by Zachary J. Ward, MPH, and colleagues, provide some of the first by-state projection data of US obesity and severe obesity rates, and add to the growing call for improved public health efforts to prevent the epidemic’s spread.

The team used body-mass index (BMI) data of the 6.2 million-plus adults to participate in the Behavioral Risk Factor Surveillance System Survey from 1993-1994 and 1999-2015 to compile their projection assessment. They corrected the data for quantile-specific self-reporting bias via measured data from 57,131 adults who participated in the National Health and Nutrition Examination Survey.

Multinomial regressions for each state and subgroup were fitted in order to estimate the prevalence of 4 BMI categories: underweight or normal weight (BMI <25); overweight (25 to <30); moderate obesity (30 to <35); severe obesity (>35). The categories were estimated from 1990-2030. In order to evaluate the approach’s accuracy, they predicted 2016 outcomes using data from 1990 through 2010.

Investigators noted these troubling findings echo a previous estimate showing 57% of children aged 2-19 years old will have obesity by age 35. They stressed concern over the fact that severe obesity is rising greatly in prevalence—to a rate which was seen in obesity, in 1990.

Even worse, the burden of severe obesity is being observed in populations less-suited to manage it.

“In addition to the profound health effects, such as increased rates of chronic disease and negative consequences on life expectancy, the effect of weight stigma may have far-reaching implications for socioeconomic disparities as severe obesity becomes the most common BMI category among low-income adults in nearly every state,” they wrote.

The shift in prevalence from overweight to obesity—and eventually from obesity to severe obesity—signifies patients’ issues with successfully losing weight. As such, the investigators emphasized the need for more preventive measures.

Everything from policy- and environmental-level interventions, as well as cost-effective preventive care—would be bettered with consideration to social and cultural determinants of obesity, they wrote.

The study, “Projected U.S. State-Level Prevalence of Adult Obesity and Severe Obesity,” was published online in The New England Journal of Medicine.

Click here to sign up for more MD Magazine content and updates.
Related Coverage >>>
Undiagnosed Obstructive Sleep Apnea an Economic Burden for Older Adults
Bipolar Disorder Symptoms Delayed After Family Psychotherapy
FDA Approves Semaglutide Injection for Cardiovascular Risk Reduction
You May Also be Interested in
Most Popular
Cognitive Behavioral Therapy for Children with Autism and Sleep Disorders
Most Read Clinical Headlines in 2013
Reducing Disparities in the Delivery of Healthcare to Patients with Lupus: A Q&A with Sam Lim, MD, Consortium Chair of the Lupus Initiative
Top 10 Painkillers in the US
New Painkiller Is as Strong as Morphine, But Not as Addictive