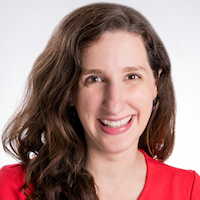 Obesity during pregnancy can affect a child’s development, investigators from The University of Texas at Austin and Columbia University found.

The team of investigators, led by Elizabeth Widen, PhD, RD, assistant professor of nutritional sciences at UT Austin, studied 368 mothers and their children during pregnancy and found that if the pregnant mother was overweight, their son’s neurodevelopment was stunted. There was an association between obesity and impaired motor skills in preschoolers or having a lower IQ in middle childhood boys.

The investigators reported that girls were not affected.

Widen and colleagues studied the women during pregnancy and when the children were 3 and 7 years old. The cohort included low-income African American and Dominican urban children who were participating in the Columbia Center for Children’s Environmental Health Mothers and Newborns Study. The group of women came from similar economic circumstances and neighborhoods.

The team examined whether pre-pregnancy body mass index (BMI) and gestational weight gain were related to neurodevelopment for a 7-year-old child. The investigators also sought to learn if associations varied by the child’s sex.

Dominican and African American women with singleton gestations were enrolled in the study from prenatal clinics at New York Presbyterian Medical Center and Harlem Hospital from 1997–2006. To be eligible, the women from northern Manhattan and the South Bronx had their first prenatal visit less than 20 weeks of gestation and did not have self-reported diabetes, hypertension, HIV, illicit drug use, or smoking during pregnancy.

When the child was born, the investigators obtained the mother’s medical record to discover prenatal medical history, last measured weight before delivery, and infant birth weight.

Widen and colleagues assessed maternal intelligence with the Test of Nonverbal Intelligence—a fifteen-minute test language-free way to measure general intelligence—when the child was 3 years old. The test took place during a follow-up visit at the testing center.

During a home visit when the child’s mean age was 3.6 years old (range 1.1–6.6 years), a trained investigator conducted an hour-long unstructured Home Observation for Measurement of the Environment Inventory. The expert assessed learning materials, language and academic stimulation, variety, and parental responsivity, modeling, and acceptance.

When the child was 7 years old, a trained bilingual research assistant administered the Wechsler Intelligence Scale for Children. Scores assessed verbal comprehension, perceptual reasoning, working memory, and processing speed. The composite scores were added to get a full-scale composite IQ score. Average performance is a score 100 and intellectual disability is defined as a score of 70 or less.

The investigators noted that a nurturing home environment lessened the negative effects on obesity.

Women who are obese or overweight when they become pregnant should eat a well-balance diet rich in fruits and vegetables, take a prenatal vitamin, stay active, and get a sufficient amount of fatty acids, Widen suggested. It’s also important to give a child a nurturing home environment and to see a doctor regularly, even during pregnancy.

The results were striking, Widen said, because even though different assessments were used, the associations were found in early and middle childhood. That means the effects continue over time.

“These findings aren’t meant to shame or scare anyone,” Widen said in a statement. “We are just beginning to understand some of these interactions between mothers’ weight and the health of their babies.”

The study, “Prepregnancy obesity is associated with cognitive outcomes in boys in a low-income, multiethnic birth cohort,” was published online in BMC Pediatrics.