Nutrition Matters When It Comes to Asthma Risk 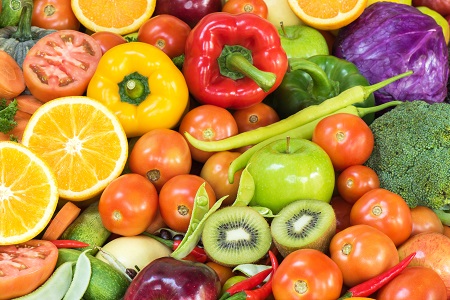 Not having access to fruits and vegetables puts children at higher risk for asthma, according to a study presented at the American College of Allergy, Asthma, and Immunology (ACAAI) Annual Scientific Meeting in San Francisco, CA.

The definition of a “food desert” is not as straightforward as it may first appear to be. Various measures come into play, such as access, cost, and availability. But generally, it’s described as an urban area where there is a lack of good-quality fresh food at an affordable price. Millions of people across the nation live in these areas, confirms the United States Department of Agriculture. Now researchers examined how that lack of nutrition hurts children’s asthma risks.

Lead author, Devon Preston, MD, an allergist and ACAAI member, and colleagues evaluated medical charts from 2,043 children ages 6 to 18. Of these, 57% lived at least a half mile from a food story and 10% lived at least one mile away.

It can be difficult to encourage a child to eat healthy foods as it is, but when it’s literally not in reach, it’s pretty much impossible. Past research has suggested that diets filled with particular vitamins reduced the risk of asthma. While more evidence is needed on that, it makes sense since nutrition plays a crucial role in many conditions.

Related Coverage:
Live Attenuated Flu Vaccine Is Safe for Kids with Asthma
How Did Researchers Miss This Asthma Drug’s Potential?
Does the Stress of Living in High-Crime Neighborhoods Bring on Asthma?

Click here to sign up for more HCPLive® content and updates.
Related Coverage >>>
FDA Announces First ProAir HFA Approval
Katie Marks-Cogan, MD: Setting a Pediatric Food Allergy Prevention Strategy
Gut Microbiota Could Be a Biomarker for Pulmonary Arterial Hypertension
You May Also be Interested in
Most Popular
The Fear of the Coronavirus, and the Reality of the Flu
Top 10 Painkillers in the US
Gulf War Mystery: Why Is MS Onset Slower in Gulf Vets?
Bempedoic Acid and Ezetimibe Combination Approved by FDA for Lowering LDL-C
Fluoxetine Reduces Symptoms for Children with Autism Spectrum Disorders