NSAIDs: The First Line of Defense for Psoriatic Arthritis 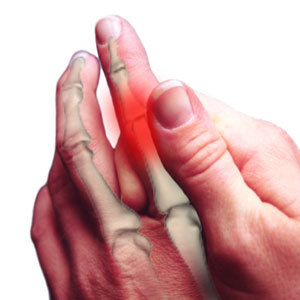 For people diagnosed with psoriatic arthritis (PsA) that show only mild symptoms of joint pain and swelling, non-steroidal anti-inflammatory drugs (NSAIDs) are usually the first treatment option to consider.

“If someone comes in and has a joint or 2 that are inflamed and you’re pretty sure they have PsA based on their clinical picture, you could consider a trial of NSAIDs,” said Howard Blumstein MD, rheumatologist and clinical associate professor of medicine at Stony Brook University Hospital.

However, NSAIDs are not advised for people with severe psoriasis because it can cause skin flare ups, as can corticosteroids, according to scores of research including reports in the Annals of the Rheumatic Diseases.

Unless a patient has frequent and severe skin flare ups or other contraindications such as ulcer history or kidney disease, Blumstein doesn’t worry about prescribing NSAIDs, but he does warn that oral steroid treatments can cause exfoliative psoriasis—especially when prescribed in high doses.

Using NSAIDs to manage psoriatic arthritis boils down to severity of the disease and the patient’s needs. Blumstein said it depends on the patient’s pain and number of joints affected.

“Now if you’re talking about someone with many joints involved or very extensive skin involvement, you’re probably going to go to some other kind of disease modifying agent because you want to protect the joints or aggressively manage the skin involvement,” said Blumstein.

Also, NSAIDS are commonly used as an “adjunct” treatment in conjunction with biologics or disease modifying antirheumatic drugs (DMAD) and to treat flare ups, he adds.

Some recent research looked at whether certain over-the-counter drugs are linked to risk factors associated with developing psoriatic arthritis. In a cohort study, researchers from the Department of Dermatology, Brigham and Women's Hospital and Harvard Medical School  found acetaminophen and NSAID users showed more risks for PsA, while aspirin users did not.

“Compared to women who reported no use, regular acetaminophen and NSAIDs users with more than 10 years of use had multivariate hazard ratios of 3.60 (95% confidence interval [CI]: 2.02-6.41) of psoriasis and 2.10 (95% CI: 1.11-3.96) for PsA,” the Harvard Medical School and Brigham and Women’s Hospital wrote. “There was no clear association between aspirin and risk of psoriasis or PsA.”

The report concluded that, when taken for long periods of time, acetaminophen and NSAIDs could be potential risk factors for PsA. That means healthcare providers need to screen patients who were previously prescribed NSAIDs and be on the lookout for both psoriasis and PsA.

NSAIDs used to treat headaches relieve pain relatively quickly. However, that is not the case when used to treat mild PsA. That’s because it takes several weeks for NSAIDs to build up in the system and work as an effective anti-inflammatory drug treatment.

Regular over-the-counter drugs like aspirin and ibuprofen are in the selective NSAID category and are generally tolerated by many people. However, non-selective NSAIDs or COX-2 inhibitors are notorious for causing GI distress like stomach pain and bleeding. Celebrex, the only FDA-approved cox-2 inhibitor on the market includes a warning per FDA guidelines that reads: “associated with an increased risk of serious adverse cardiovascular events.”

Before prescribing cox-2 inhibitors, Blumstein looks at family history red flags such as heart disease, heart attack, and stroke. But he doesn’t stop there.

“Cardiac risk gets the most press but gastrointestinal irritation and ulcers still happen every day and some of those are fatal,” he said.

Blumstein emphasizes that NSAIDs may have a time and place in a patient’s treatment plan—though it may be with “limited use” and for “limited amounts of time.”