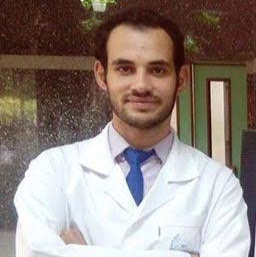 Ahmed A. Alnagdy, MD-C
Results of a recent study in Egypt indicate that using prophylactic non-steroidal anti-inflammatory drugs (NSAIDs) pre- and post-cataract surgery may help reduce the severity and frequency of the development of cystoid macular edema (CME) in the eyes of diabetic patients.

In this prospective, comparative, randomized clinical trial, the researchers aimed to determine how prophylactic, topical NSAIDs affected the development of CME, and to evaluate differences between specific NSAIDs, specifically ketorolac tromethamine 0.4% and nepafenac 0.1%.

Study participants were divided into 3 groups: the first was a placebo group, in which patients were given artificial tears product (n = 40); the second group was managed with topical nepafenac 0.1% (n = 20); and in the third group, the patients were administered topical ketorolac tromethamine 0.4% (n = 20). The participants were evaluated at 1 week, then again at 1, 2, and 3 months following their cataract surgery to check for the development of CME.

The researchers were looking at best corrected visual acuity (BCVA) as well as any changes in central macular thickness (CMT), which they evaluated using optical coherence tomography. Macular thickening is a noted common complication of cataract surgery, even routine surgeries.

“My results make me sure about the effect of NSAIDs in the prevention of postoperative macular edema,” the study’s lead author, Ahmed A. Alnagdy, MD-candidate, told MD Magazine. “No cases of clinical CME (increased CMT >40 µm from preoperative baseline) were detected in the groups who received NSAIDs. In contrast, clinical CME was detected in 10% of the patients in the control group.”

“We can extrapolate our regimen to include all patients planned for cataract surgery starting 2 days preoperative and continued for 2 months as synergism with standard postoperative topical steroids,” Algnady added.

The study was conducted at the University from December 2015 to January 2017. The study included a total of 80 eyes from 76 patients. Patients were diabetic and were scheduled for extraction surgery for senile immature cataracts. The authors also reported no adverse effects related to the use of NSAIDs.

“Also, NSAIDs prevent intraoperative miosis during cataract surgeries,” said Alnagdy, who serves on the Faculty of Medicine at the Mansoura Ophthalmic Center, Mansoura University, Egypt. “Which decreases the risk of intraoperative complications and decreases pain, especially in topical and local anesthesia, which makes me start NSAIDs as routine preoperative. Thirty percent of patients in the control group had an intraoperative poorly dilated pupil, with no cases detected in the NSAID groups.”

Alnagdy concluded that the “study found no significant difference between two NSAID medications used [nepafenac and ketorolac]. In my work, I prefer using nepafenac 0.1%, 3 times a day, because patients become more comfortable with this less frequent use.”

The study, “Impact of topical nonsteroidal anti-inflammatory drugs in prevention of macular edema following cataract surgery in diabetic patients,” was published in the International Journal of Ophthalmology.