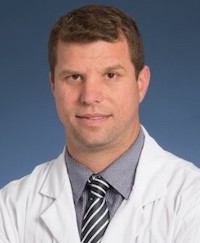 The investigators point out that while the use of post-transplant direct-acting antiviral (DAA) treatment is currently being assessed as a method of utilizing HCV-positive organs, the clearance or inactivation of the virus prior to transplantation would be a more attractive alternative. There is no rationale for DAA treatment of the lung ex-vivo, however, as viral replication is not thought to occur within the lung.

A recently developed method to assess the viability of a donor lung, the normothermic ex-vivo lung perfusion system (EVLP), has also been investigated as a means of clearing HCV. While EVLP was shown in a case report to have reduced HCV RNA by approximately 80%, that was insufficient to prevent the recipient from becoming infected—albeit with successful post-transplantation DAA treatment.

Cypel and colleagues reasoned that the EVLP might be combined with a form of light-based therapy (LbT) used to treat blood components to better clear HCV from donor lungs during preservation. Both ultraviolet C irradiation and photodynamic therapy using methylene blue activated with red light irradiation are proven methods for pre-donation sterilization in blood banks.

The investigators proceeded with an investigation of EVLP combined with LbT in one of the first attempts in eliminating a viral infection from a human donor organ during preservation. They were able to demonstrate that HCV is inactivated in a short period of time with the combination approach, and demonstrated its apparent safety in a pig model.

“This technique would allow more liberal use of lungs for transplantation from donors that test positive for HCV,” Cypel told MD Magazine®. The method can potentially either prevent (transplantation) transmission altogether or would allow a much shorter course of post-transplant antiviral medications.”

Cypel and colleagues argue that their approach poses several advantages over reliance on post-transplant DAA treatment, including improved societal acceptance of marginal or infected organs, avoidance of treatment costs associated with DAAs, and avoidance of their drug interactions. In addition, utilizing such ex-vivo approaches to decrease virus loads should shorten the course of post-transplant DAA if infection does occur.

"Preliminary clinical trials have shown very good outcomes, similar to using any other standard donors," Cypel told MD Mag. "Some concerns still exist, whether HCV could come back several months after transplantation in the context of recipient immunosuppression. However, most HCV specialists feel this risk is small, and if occurs, current HCV drug regimens would yield a high chance of cure."