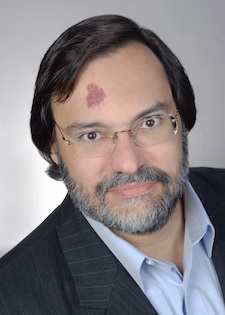 In the survey, conducted by the Parkinson and Movement Disorder Alliance (PMD Alliance), 84% of PD patients and their caregivers report symptoms, such as sleep problems, cognitive challenges, anxiety, depression, hallucinations, and delusions have a negative impact on quality of life.

The 17-question survey was sent to 3685 households, with 700 individuals responding, 378 of which were caretakers and 287 of which were PD patients.

The investigators also found a greater proportion of PD patients reported a substantial impact of non-motor symptoms on concrete activities of daily living or social interaction than care partners, which could be reflective of discordance between the perception of general symptoms and tangible effects on actual activities.

“I think it highlights just how troublesome non-motor symptoms are and it highlights that we need to evaluate such symptoms, we need to when we see such patients be sure to include the care partner in the discussion and the evaluation of non-motor symptoms and then we need to apply the therapeutics that we have but we also need new and better therapeutics,” Hauser said. “Ultimately some of these things are going to be very hard to get symptomatic therapies for like cognition, so we need to work hard to develop therapies to slow progression of disease.”

The investigators also found that care partners were more likely than patients to report that non-motor symptoms were more challenging than motor symptoms, while 50% of the respondents indicated that their friends and family had very little or no understanding of the impact of PD on daily living.

Hauser went on to say that the differences between what the patients reported and what the caretakers reported was striking and warrants future studies.

The study, “Impact of non-motor symptoms in Parkinson’s disease: a PMDAlliance survey,” was published online in Neuropsychiatric Disease and Treatment.