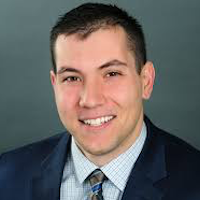 Factors including advanced patient age and greater distance to a rheumatologist can significantly influence the time to when a patient with rheumatoid arthritis receives biologic therapy, according to a new study.

A team of Canada-based investigators, led by Mark Tatangelo, BA, of the University of Toronto, identified characteristics associated with rheumatoid arthritis patients prescribed biologics, in a study which sought to understand the prescribing patterns associated with the drug class and patient subtypes.

Their findings showed that pharmacologic care for patients with rheumatoid arthritis is not uniform across patients and prescribers. For one, younger and female patients, who live in urban areas and closer to prescribers, are more likely to be prescribed a biologic disease-modifying antirheumatic drug (DMARD) than their peers.

Tatangelo and colleagues found mixed results for the association between socioeconomic factors and the time a patient received their first biologic DMARD. Neighborhoods that were categorized in greater income classification (HR, 0.92; 95% CI, 0.65-1.31; P = .16) and marginalization index composite scores (HR, 0.99; 95% CI, 0.87-1.11; P = .81) were not found to be significant factors associated with a patient receiving their first biologic prescription.

Although the implications of prescriber preferences are unclear, Tatangelo and colleagues wrote it shows that differences in healthcare delivery exist.

Approximately 300,000 Canadians and 1.3 million Americans suffer from rheumatoid arthritis. Treatment advances improve quality of life for this population of patients, including the use of csDMARDs. The development of biologic DMARDs helped specifically target the inflammatory mechanisms of rheumatoid arthritis.

If a patient has local access to a rheumatologist, it could extend the effective treatment course of csDMARDs, the investigators suggested. The findings also showed that patients might be more willing to travel long distances to receive biologic treatments.

In an editorial accompanying the study, Natalie McCormick, PhD, Clinical Epidemiology Program, Division of Rheumatology, Allergy, and Immunology, Massachusetts General Hospital, expressed the importance of identifying and addressing undertreatment when biologic DMARDs are clinically warranted but delayed for nonmedical reasons.

“Indeed, Tatangelo et al acknowledged that some of the patient-level sociodemographic factors that were associated with longer time to initiation of DMARDs may be indicative of disparities in access or provision of care,” McCormick wrote.

The correlation between older age and a longer time to receive a biologic DMARD showed a bias against providing the treatment for older patients, despite few signals indicating higher risk of infection or adverse events.

The study "Association of Patient, Prescriber, and Region With the Initiation of First Prescription of Biologic Disease-Modifying Antirheumatic Drug Among Older Patients With Rheumatoid Arthritis and Identical Health Insurance Coverage," was published online in JAMA Network Open.

Click here to sign up for more MD Magazine content and updates.
Related Coverage >>>
Pediatric Primary Care Visits Declining Since 2008
JUUL Use Significantly Jumped Among Young US Adults Since 2018
Undiagnosed Obstructive Sleep Apnea an Economic Burden for Older Adults
You May Also be Interested in
Most Popular
Medical Marijuana Could Improve Sleep Quality for Chronic Pain Patients
What Should I Do With This Abnormal ALT?
Top 10 Painkillers in the US
FDA Approves Teprotumumab for Thyroid Eye Disease
Ligelizumab Improves Chronic Urticaria Symptom Control Versus Omalizumab