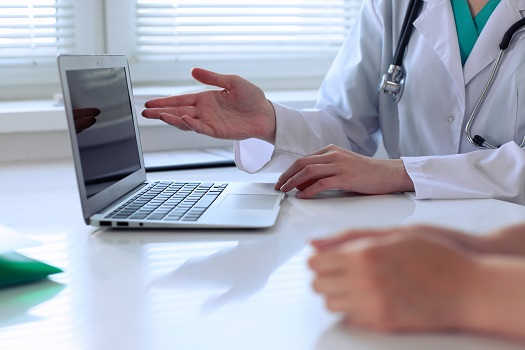 Findings from a new study would imply that direct-to-consumer (DTC) telemedicine practices are immune to instances of medical malpractice, but that may not be the case.

In a new study conducted by a pair of New England-based investigators, not 1 medical malpractice claim involving DTC telemedicine service was evidenced among 551 observed cases. The duo are led to believe this is more indicative of the policies and low-risk expectations that have become common in DTC telemedicine practices than it is of any improved practice of care.

Their driving interest was to gauge the legitimacy of physicians’ concerns that DTC telemedicine will drive the rate of malpractice claims—a concern which led many services which offer telemedicine care to provide malpractice insurance to its employed physicians.

“Furthermore, researchers and regulators have raised concerns about DTC telemedicine, including substandard verification of patient identity, suboptimal diagnosis and treatment, and inadequate medical history taking, all of which have the potential to result in malpractice litigation,” the author wrote. Despite these concerns, malpractice rates in DTC telemedicine has been largely unobserved.

The study authors did not reply to requests for comment at the time of publication.

Investigators set inclusion criteria consisting of legal cases against DTC telemedicine services or representatives for such services, or cases which named a health care professional as a defendant in conjunction with DTC telemedicine use. Cases were required to have had a court decision that included any judgment, ruling, opinion, dismissal, or other action. The cases were then analyzed for their relevance to medical malpractice.

In the 551 relevant reported cases, none contained claims of medical malpractice against a DTC telemedicine service, or involved healthcare providers. The findings come as a surprise in the scope of DTC telemedicine’s current status as a multimillion-patient industry in the US, though Fogel and Kvedar found grounded explanations for their results.

First and foremost, the study was unable to assess non-reported malpractice, as well as those currently in process or settled in arbitration or out-of-court settlement. Just more than one-quarter of medical malpractice claims are associated with actual court decisions, they noted.

Additionally, limitations to DTC telemedicine care also serve as a limitation to the malpractice findings. The means by which the services approach care inhibit reduced risk.

“For example, many DTC teledermatology services treat only acne and do not prescribe medications that are associated with higher malpractice risk,” the investigators wrote. “Additionally, DTC telemedicine services often have stated policies not to prescribe controlled substances.”

More often than not, telemedicine patients are advised to seek in-person consultation for any continued concerns that led them to seek remote referral in the first place. That said, the obvious limitations to telemedicine risk shouldn’t stop clinicians from assessing it.

The study, "Reported Cases of Medical Malpractice in Direct-to-Consumer Telemedicine," was published online in JAMA.

Click here to sign up for more HCPLive® content and updates.
Related Coverage >>>
Is an Immediate Annuity for You?
Kenneth Koblan, PhD: SEP-4199 Showing Promise Treating Bipolar Depression
Laparoscopic Ileocecal Resection Comparable to Anti-TNF's for Crohn's Disease
You May Also be Interested in
Most Popular
Denise Daley, PhD: Early Asthma Interventions for Infants
GLP-1 Receptor Agonists and SGLT2 Inhibitors Among the Hottest Advances in the Field of Anti-Hyperglycemia
Acute Kidney Failure Is More Prevalent Among African-Americans
Should Women Age 65 and Older Be on Hormone Therapy?
Top 10 Painkillers in the US