No Difference in Survival Rate When Using "Increased-Risk" Donor Lungs 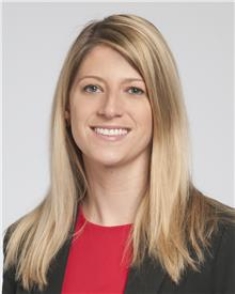 A recent Cleveland Clinic-led analysis has found use of lungs from high-risk donors resulted in similar rates of survival compared to patients who received lungs from standard risk donors.

Results of the study suggest the 2013 broadening of the “increased risk” donor classification by the U.S. Public Health Service has had minimal impact on outcomes of lung transplants in terms of survival and acute rejection.

"Our findings raise the question of the utility of the designation of 'increased risk' for donor lungs, since there is no impact on outcomes," said Carli Lehr, MD, MS, a transplant pulmonologist at Cleveland Clinic and lead author of the study. "Forgoing the designation, treating all donors as potentially at risk, and using appropriate post-transplant screening for infectious diseases may increase overall organ utilization and lessen deaths on the waitlist."

To assess potential changes in outcomes as a result of the 2013 change, investigators retrospectively examined 2 cohorts of patients from the Scientific Registry of Transplant Recipients. The 2013 change resulted in the expansion of the risk category to reduce transmission of infections including HIV, hepatitis B, and hepatitis C—prior to 2013, 8% of organs were considered “high risk” and after the change 22 were considered “increased risk”.

Evaluating a time period that lasted from 2006 through 2017, investigators identified a cohort of 18,490 lung transplant recipients—of which, 64% received transplants during the high-risk-designation period and the remaining 36% received transplants during the increased-risk period. For the purpose of the analysis, investigators assessed these patients against standard risk donor recipients for risk of acute rejection, patient, and graft survival through the use of propensity score-matched cohorts, multivariable logistic, and Cox models.

Additionally, the results of the analyses revealed there was no significant difference in graft or patient survival by donor type in either period. Investigators noted no difference in acute treated rejection among recipients of increased-risk (OR 0.87, P=0.23) donors or recipients of high-risk donors (OR 1.2, P=0.27).

This study, titled “The Impact of Change in Definition of Increased Risk Donors on Survival After Lung Transplant,” was published online in the Journal of Thoracic and Cardiovascular Surgery.

Click here to sign up for more MD Magazine content and updates.
Related Coverage >>>
Miscarriage Associated with High Levels of Post-Traumatic Stress
JUUL Use Significantly Jumped Among Young US Adults Since 2018
Marijuana Use Prevalent Among Cardiovascular Disease Patients
You May Also be Interested in
Most Popular
Miscarriage Associated with High Levels of Post-Traumatic Stress
Medical Marijuana Could Improve Sleep Quality for Chronic Pain Patients
Top 10 Painkillers in the US
Long-term diuretic use and increased mortality and hospitalization in heart failure
Overview of Sickle Cell Disease