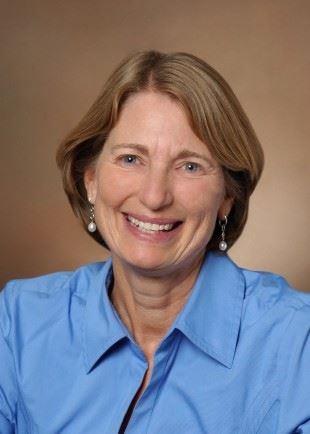 In what study investigators are calling the largest study of its kind, new research suggests nitrous oxide is a safe and effective pain relief option for women in labor.

A survey of more than 450 women who used nitrous oxide during labor found nearly a third used only nitrous oxide throughout labor and offer insight into potential predictors of conversion to other analgesic methods.

"Nitrous oxide is a useful, safe option for labor analgesia in the United States. And for some laboring mothers, that's all the pain relief they need. Understanding predictors of conversion from inhaled nitrous oxide to other forms of analgesia may assist providers in their discussions with women about pain relief options during labor," said lead investigator Priscilla Nodine, PhD, CNM, an associate professor at the University of Colorado College of Nursing, in a statement.

With relatively few studies examining the use of nitrous oxide during labor, which is delivered through a hand-held facemask or mouthpiece as a fixed mixture of 50% N2O and 50% oxygen when used as a labor analgesic, Nodine and colleagues designed the current study to assess multiple factors associated with its use and outcomes. Through retrospective chart reviews, investigators hoped to evaluate demographic characteristics, safety, and satisfaction in parturient women—they also sought to identify potential predictors of conversion from nitrous oxide to neuraxial analgesia.

For the purpose of their analysis, investigators used data from the labor and delivery unit of an urban, tertiary care, academic hospital. Investigators noted the medical center chosen averages 320 births per month and is 1 of 5 institution participating in the Intrapartum Nitrous oxide Workgroup (I-NOW group). Of note, I-NOW group is a group founded by clinical investigators to perform studies related to maternal and neonatal safety, effectiveness, best-use, and population risks/ benefits of intrapartum nitrous oxide use.

For inclusion in the study, subjects needed to be at least 18 years of age or older and chose to use nitrous oxide during the first and/or second stage of labor from March 1, 2016-July 23, 2017.

A total of 561 subjects were eligible for participation in the study, of which 463 were included in the final analysis. The most common reason for admission among those included in the study was labor induction, but 22% underwent oxytocin augmentation of labor. Investigators highlighted 62% of subjects who received nitrous oxide received oxytocin at some point in labor prior to birth.

Overall, 31% of these patients did not convert to any other analgesic method. Of those who did switch, 96% inadequate pain relief as the primary reason for converting to an alternative therapy. Side effects related to nitrous oxide use during labor occurred in 8% of patients and were not considered a significant reason for conversion.

Results also indicated nitrous oxide use was associated with moderately high satisfaction when examining pain management, with a mean score of 7.4(2.9) on an 11-point scale. Investigators also pointed out 5-minute Apgar scores were 7 or greater in 97.8% of newborns.

This study, “Nitrous Oxide Use during Labor: Satisfaction, Side Effects, and Predictors of Conversion to Neuraxial Analgesia,” was published in Journal of Midwifery & Women's Health.