New Treatment Option for Severe Depression Has Fewer Side Effects 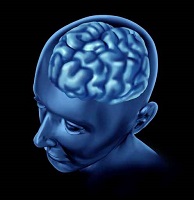 Australian research indicates that ultra-brief pulse stimulation is nearly as effective as standard electroconvulsive therapy (ECT) for the treatment of severe depression, but with substantially fewer cognitive side effects.

Published in the July 21, 2015 issue of the Journal of Clinical Psychiatry, the study findings are the result of the first systematic review to explore the effectiveness and cognitive side effects of brief pulse stimulation—the standard ECT method—versus the newer method, dubbed ultra-brief pulse right unilateral (RUL) ECT.

The review was conducted based on unanswered questions in this area, due to previous studies being underpowered and resulting in conflicting results. Led by Colleen Loo, MBBS, FRANZCP, MD, Associate Professor of Psychiatry at the University of New South Wales in Sydney, the research team reviewed six international ECT studies with a total of 689 patients who had a median age of 50 years.

The key finding from the study was that although standard ECT was slightly more efficacious in treating depression and require one fewer treatment session (8.7 vs. 9.6), it led to greater cognitive side effects in all cognitive domains examined in the study (global cognition, anterograde learning and recall, and retrograde memory).

“This new treatment, which is slowly coming into clinical practice in Australia, is one of the most significant developments in the clinical treatment of severe depression in the past two decades,” said Dr. Loo. “Our analysis of the existing trial data showed that ultra-brief stimulation significantly lessened the potential for the destruction of memories formed prior to ECT, reduced the difficulty of recalling and learning new information after ECT and was almost as effective as the standard ECT treatment.”

For standard ECT, finely controlled electric currents are delivered to the prefrontal cortex, shown to be underactive in patients with depression, via electrodes placed on the scalp while the patient is under general anesthesia. For ultra-brief RUL ECT, staccato pulses of electricity are delivered, with each pulse lasting on a very short time. The shorter pulses allow for stimulation of the brain tissue to be reduced by one-third when compared with standard ECT.

Dr. Loo and colleagues estimate than as many as 10,000 Australians with severe depression who have not responded to first-line treatments could benefit from ultra-brief RUL ECT. However, fewer than one-half of the country’s hospitals currently offer ultra-brief stimulation. Dr. Loo hopes the study findings will encourage improve uptake of the new therapy for patients with severe depression. “We are still working hard to change the broader medical profession's and general public's perception of ECT, which has struggled to shake off the tarnished image given to it by popular movies such as the 1975 film One Flew Over the Cuckoo's Nest,” Said Dr. Loo.

Despite the apparent benefits of ultra-brief stimulation, the review only assessed short-term effectiveness and side effects of the two ECT options.

Dr. Loo and colleagues caution that the “decision of whether to use [brief pulse] or [ultra-brief pulse] RUL ECT… be made on an individual patient basis and… be based on a careful weighing of the relative priorities of efficacy versus minimization of cognitive impairment.”