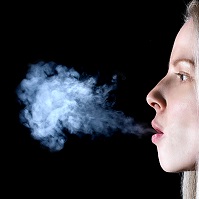 A new study in the CDC’s Preventing Chronic Disease journal lends credence to the Department of Housing and Urban Development’s (HUD) proposal to outlaw smoking within all public housing facilities. Recommended in November 2015, the policy would restrict public housing residents from smoking anywhere in the public housing residences, including in their individual units, and require a certain distance be maintained from windows and entrances when smoking outside.

Officials claim that there is no safe level of secondhand exposure, and in addition to the half-million annual deaths directly related to smoking, 50,000 more are attributed to secondhand smoke exposure. The study cites previous research that showed non-smoking residents of multi-unit buildings were still at risk due to smoke infiltration: nicotine concentrations were comparable from unit to unit regardless of whether or not the resident smoked.

The new study involved surveying Minnesota public housing residents before and after their facilities enacted smoking bans. Respondents provided demographic information as well as smoking status and their daily exposure to secondhand smoke. Ultimately, 180 respondents were able to complete both the pre-ban (Time 1) and post-ban (Time 2) survey, with encouraging results.

Following the implementation of the new policy, the survey showed a 20% drop in the number of residents reporting indoor exposure to secondhand smoke “more than a few times per month.” This number was consistent with previous studies. Outdoor secondhand exposure held steady or increased slightly, as smoking residents were forced outside to consume cigarettes.

Of the smokers surveyed, a very large number (77.8%) attempted to quit in advance of the ban taking effect (the study described a quit attempt as stopping smoking for a day or longer, intending to quit). Their success rate was low, in line with national averages below 5%. Many of the smokers, however, did report smoking less after implementation, in response to the inconvenience of not being allowed to smoke in their own apartments.

Because lower-income individuals smoke at significantly higher rates than the rest of the population, HUD and public housing facilities have the power to reduce the risks of smoking fatalities. Secondhand smoke exposure is believed to spur the development and severity of asthma in children, so removing secondhand smoke from public housing entirely and inconveniencing smokers into cutting back their overall consumption could have a very positive impact for thousands.

The proposed ban accepted comment early in 2016, and is still pending. The most common request on behalf of public housings agencies was a longer period of time for enactment, up from the HUD’s recommended 18 months, in order to educate residents, encourage cessation, and be able to implement the policy successfully.