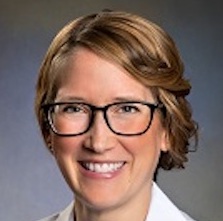 In an effort to increase the amount of donor hearts available, investigators are looking at whether hearts from hepatitis C virus (HCV) infected donors can be safely transplanted.

After agreeing to participate in the study, each patient’s status on the heart transplantation list was updated to reflect their willingness to accept either an HCV-positive or HCV-negative donor heart.

“The primary outcome was achievement of sustained virological response 12 weeks after completion of glecaprevir-pibrentasvir therapy (SVR12),” the authors wrote.

Of the 55 patients, 52 consented to enrollment, 25 underwent heart transplantation with a HCV-positive donor heart—20 NAT-positive and 5 NAT-negative—3 of which underwent a simultaneous heart and kidney transplantation.

The patients must be at least 18 years without a history of liver disease to participate in the study.

The 20 recipients of the NAT-positive hearts tolerated glecaprevir-pibrentasvir and showed rapid viral suppression with a median clearance time of 3-5 days. All 20 patients subsequently achieved SVR12.

The 5 patients who received NAT-negative grafts also did not become viraemic.

The median pre-transplant waiting time for patients following enrolment in the transplant list in the HCV protocol was 20 days and patients and allograft survival rates was 100% following a median follow-up of 7-10 months. The long-term outcomes are not yet known.

The patients were followed from the time of their enrollment in the study to 1 year after transplantation. The study represents an interim analysis, initiated after all of the enrolled patients reached the primary outcome.

There currently is a global need for all potentially transplantable organs, including hearts. However, a major concern remains the development of HCV infections in previously uninfected recipients of HCV-infected donor hearts.

There are more than 113,000 people in the US on the organ donor list, the majority of which are waiting to receive a kidney. According to the US Government Information on Organ Donation and Transplantation, 36,528 transplants were performed in 2018 with 20 people each day dying while waiting for a transplant.

However, a 2018 report shows that direct-acting antiviral drugs could help cure HCV in greater than 90% of cases, making the risk of infection both manageable and ethically acceptable.

The study, along with the current proof-of-concept study, was funded by the Massachusetts General Hospital.

Click here to sign up for more HCPLive® content and updates.
Related Coverage >>>
Insufficient Data to Accurately Monitor Most At-Risk Communities for Flu
Baloxavir Effective in Preventing Spread of Flu
Banafsheh Kashani, MD: Telemedicine for Women's Health During COVID-19
You May Also be Interested in
Most Popular
Denise Daley, PhD: Early Asthma Interventions for Infants
Visual Impairment, Dementia Are Detrimental to Independence of Older Adults
Top 10 Painkillers in the US
When to Suspect Diarrhea is Symptom of a Clostridium Difficile
Flu Cases Near 30 Million in the US, CDC Reports