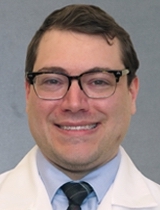 Conte and his colleagues cited a 35% prevalence of IARs in a phase 2 clinical trial, 34.3% in OPERA I and II phase 3 clinical trials, and 39.9% in the ORATORIO phase 3 trials. They noted that attempts to mitigate the reactions in the trials included slowing infusion rates and providing symptomatic treatments after they occurred. The standard pretreatment medications were intravenous methylprednisolone 125 mg and optional prophylaxis with analgesics or antipyretics, typically diphenhydramine 50mg and acetaminophen 650 mg.

"Despite the fact that most of the IARs in the trials were not life-threatening, IARs remain an uncomfortable problem for patients receiving ocrelizumab and can cause treatment discontinuation in centers with less experience or training," the investigators observed.

Conte and colleagues initiated a new premedication protocol at their MS treatment center in September 2017, which was similar to that used in a trial comparing alemtuzumab and interferon beta-1a (Rebif). On the night prior to the infusion, patients were instructed to take cetirizine 10 mg and ranitidine 75 mg while encouraged to increase hydration. Immediately prior to infusion, patients received intravenous methylprednisolone 125 mg in addition to intravenous diphenhydramine 50 mg and oral acetaminophen 650 mg.

The investigators conducted a retrospective chart review to compare IARs in 207 patients receiving the modified premedication protocol to those treated before September 2017 with the standard protocol. The multiple logistic model factored in a range of demographics as well as the number of years since diagnosis of multiple sclerosis and number of prior disease-modifying therapies before ocrelizumab.

The investigators report that the overall prevalence of IARs was 10% in the cohort receiving the modified premedication protocol, compared to 21.6% of those on the previously used standard protocol. They calculated a 60% decrease in the odds of experiencing IARs with the modified protocol (odds ratio [OR] .40, 95% confidence interval [CI] .18-.88). They found the odds were further decreased with increasing age and being of the male sex.

However, a higher body mass index (BMI) increased the odds of IARs by 7%. The investigators posit that this reflects the increase in chronic systemic inflammatory response associated with obesity. They noted evidence of excess adipose tissue increases inflammatory markers in the blood.

"This study is important because it introduces a protocol that significantly reduces infusion reactions," Conte said. "The protocol is simple to implement and is cost effective. Overall, this improves the patient experience with ocrelizumab."

The study, “Reduction in Ocrelizumab-induced Infusion Reactions by a Modified Premedication Protocol,” was published in Multiple Sclerosis.