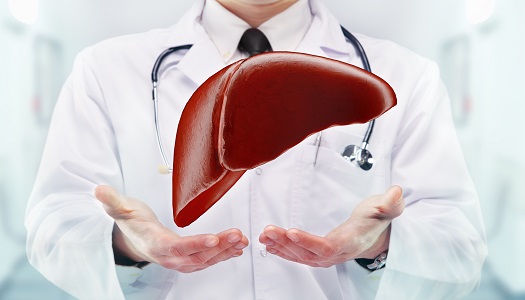 Daclatasvir with sofosbuvir is an effective treatment for patients with hepatitis C who have a life expectancy of less than a year, according to a collaborative team of researchers.

The retrospective study included a cohort of patients from six countries across Europe who were diagnosed with hepatitis C and received daclatasvir during the Named Patient Program. There were 249 participants with hepatitis C genotype 1, the majority were male, had previous treatment experience. Of the patients, 59% had decompensated cirrhosis and 40% had a liver transplant prior to receiving daclatasvir. The vast majority (242 patients) received daclatasvir and sofosbuvir.

Over the course of the study, the patients, “either reached 12 weeks post treatment or died during or after treatment or were lost to follow up during treatment,” the team wrote in the journal BMC Infectious Diseases.

The primary reason for the study was to investigate the effectiveness of daclatasvir in combination with sofosbuvir or simeprevir—and to evaluate sustained virologic response 12 weeks after treatment (SVR12). Only one patient received daclatasvir with simeprevir, so the researchers modified their objective to measure the effectiveness of daclatasvir and sofosbuvir. Secondary objectives included summarizing the demographic and clinical characteristics of the participants and assessing effectiveness through SVR four weeks after treatment (SVR4).

A total of 234 patients completed treatment. SVR4 and SVR12 rates varied between patients from different countries (ranging from 82% to 100%). The six patients who did not achieve SVR12 had decompensated cirrhosis and none had received ribavirin. The researchers said that the results were consistent with their expectations, in that patients who either did not have cirrhosis or who had stable cirrhosis were easier to treat.

One strength of the study was that the collected data came from clinical practice. In addition, patients who had previously been difficult to treat were included, as well as having a cohort drawn from multiple European countries which allowed the results to be averaged across different healthcare systems. However, there was a small number of patients from each of the countries. Nonetheless, the findings were consistent with those discovered in other studies.

While this study supports the use of sofosbuvir in combination with daclatasvir as a treatment for hepatitis C, it also raises some questions.

“Other questions remain: whether fewer than 24 weeks erodes effectiveness in these patients – and by how much; whether this treatment is as effective in hepatitis C genotype 3 patients with decompensated cirrhosis; and whether the combination of daclatasvir and sofosbuvir is more effective than other treatment combinations for patients with decompensated cirrhosis,” the researchers concluded.

The study, “The effectiveness of daclatasvir based therapy in European patients with chronic hepatitis C and advanced liver disease,” was published in the BMC Infectious Diseases.

Click here to sign up for more HCPLive® content and updates.
Related Coverage >>>
FDA Approves First Quadrivalent, Adjuvanted Flu Vaccine for Older Adults
Christina Tan, MD, MPH: Managing Coronavirus Fear
First Flu Strain Impacts Ability to Fight Virus for Life
You May Also be Interested in
Most Popular
The Fear of the Coronavirus, and the Reality of the Flu
Dream Experiences Shed Light on Neurophysiology of Narcolepsy
FDA Expands ALS Oral Drug Riluzole to Feeding Tube Use
Socioeconomic Status, Racial Disparity at the Heart of US Pollution
Dilsher Dhoot, MD: The Future Focus of DME Research