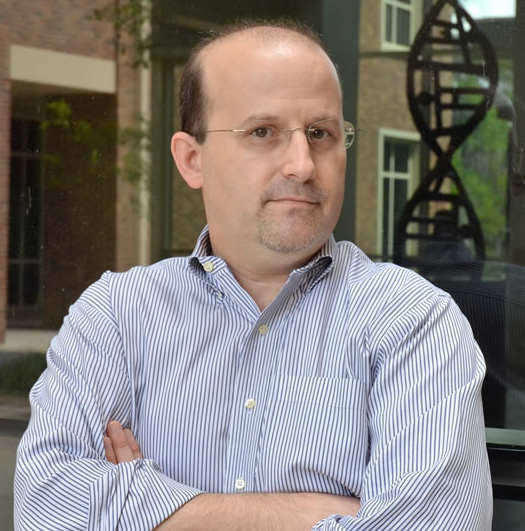 A new gene therapy is raising hopes that multiple sclerosis (MS) could someday be stopped or even reversed.

Researchers at the University of Florida say they have created an innovative immunotherapy that suppresses the immune response that leads to MS. The team also combined the therapy with a drug used to treat organ transplant recipients. In mouse models, it caused near total remission of MS, with mice regaining leg function after previously losing it.

Brad E. Hoffman (pictured), PhD, an associate professor in the departments of pediatrics and neuroscience at the University of Florida, said he’s excited about the ramifications of the research.

“Our results are amazing and we are very optimistic that it will be translated into the clinic,” Hoffman told MD Magazine.

The immunotherapy uses an adeno-associated virus to deliver a liver-targeted gene that expresses full-length myelin oligodendrocyte glycoprotein (MOG) in liver cells. MOG, a myelin sheath protein, causes the production of regulatory T-cells, which inhibit the immune response that otherwise would attack the patient’s myelin sheaths.

The MOG-inducing therapy was found to achieve long-lasting stoppage and reversal MS on its own. However, the researchers also combined the therapy with rapamycin, an immunotherapy drug used to prevent organ transplant rejection. With the inclusion or rapamycin, 71% of mice with hind-limb paralysis saw virtually complete remission, and 8 in 10 quadriplegic mice saw their disease nearly disappear.

Though it is still early, the striking success of the therapy in animal models suggests it could eventually have major implications for the treatment of MS, though Hoffman said years of research will be needed and a number of regulatory hurdles will need to be cleared before the therapy could be used in humans.

“We are currently consulting with the regulatory agencies; however, we are several years away from being in the clinic,” Hoffman said. “Various aspects of the gene therapy platform have already been tested in the clinic, but several specific components have not. So, it’s going to take a little bit of time to merge the technology that’s already in the clinic with the pieces that still have to be qualified before it can be moved into a human population.”

The research would be most effective in the early stages of the disease, Hoffman said.

“In very basic terms, (MS) begins as an inflammatory disease that develops into a neurodegenerative disease,” he said. “Because our therapy specifically induces regulatory cells that were shown to suppress inflammation, the data suggests the treatment would be more effective during the inflammatory stage seen in early disease.”

Hoffman said the therapy would have to be a one-time treatment, versus a potential part of a treatment regimen.

“[A]s with most viral gene delivery systems the treatment would be a one-and-done,” Hoffman said. “Upon receiving the initial treatment, the patient would develop a natural immunity against the gene delivery virus which generally prevents its repetitive use.”

However, he also noted that in mouse models, the treatment had significant longevity. Treated mice had no symptoms after 7 months, while the control group mice began to have neurological problems after just 2 weeks.

More research will be needed to find out just how long such a treatment would be effective in humans. Hoffman said a similar viral gene therapy in a canine model of hemophilia stabilized the disease for more than a decade, until the dog died of natural causes.