New Findings on How Morphine Works in the Brain 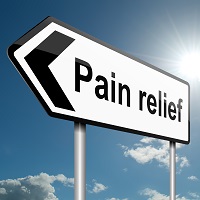 Click here to sign up for more HCPLive® content and updates.
Related Coverage >>>
Notes from Rounds: On The Floor at SCCM's Annual Critical Care Congress
Varenicline Safe for Smoking Cessation, Reduces Hospitalization Risk
Exposure to Household Chemicals Increases Risk of Autism in Offspring
You May Also be Interested in
Most Popular
The Fear of the Coronavirus, and the Reality of the Flu
Ibuprofen In First Trimester of Pregnancy May Reduce Future Child's Fertility
FDA Approves IV Meloxicam for Pain Management
Top 10 Painkillers in the US
Cardiac Abnormalities Associated With Charcot-marie-tooth Disease