Never-Smokers in Rural Locations Are at Risk for COPD 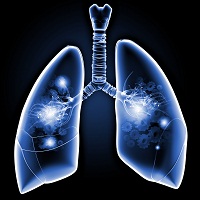 Smoking is a known risk factor for chronic obstructive pulmonary disease (COPD), but a recent study sheds some light on risk in never-smokers. Specifically, living in rural areas and coal burning for heat were found to be risk factors for developing COPD.

According to the American Lung Foundation, COPD effects over 11 million in the United States and is the third leading cause of disease-related death. Additionally, living in isolated rural areas has been linked to the development and prevalence of other chronic diseases due to lack of access to healthcare, poverty, and environmental exposures.

“This is the first study to report together individual, community, and geographic risk factors for COPD throughout the US,” says co-author Meredith McCormack, MD, MHS, associate professor of medicine and medical director of the Pulmonary Function Laboratory at Johns Hopkins University (JHU).

“We wanted to measure the burden of disease and identify those most affected, both critical steps in defining strategies to prevent COPD and manage existing disease,” added co-author, Sarath Raju, MD, Internist at JHU.

Data from the years 2012-2015 was pulled from the National Health Interview Survey (NHIS), a cross-sectional household survey conducted annually by the National Center for Health Statistics (NCHS). All subjects were aged 40 years or older and self-reported a COPD diagnosis.

The American Community Survey was used to collect information about environmental exposures at the census level that may increase COPD risk, including poverty, jobs associated with developing lung disease, and household heating sources. Census tracts were divided into poor and non-poor, based on whether 20% of households were living below poverty line.

Never-smokers were defined as those that smoked less than 100 cigarettes in their lifetime; smoking exposure was appraised by the number of smoking years per participant.

Living in a rural census tract predicted COPD even after adjusting for residence, age, sex, race, smoking status, household wealth, education, community poverty, health insurance, and solid fuel use. The association was the same among never-smokers (OR 1.34, p<.001) and current or former smokers (OR 1.19, p .031).

Poverty increased the chances of COPD by 8%, while wealth (including college education) and home ownership lowered those chances.

For never-smokers, there was a strong link between using coal as a fuel source and developing COPD, increasing the odds by 9%.

The study demonstrates the high burden of COPD in poor, rural communities and gives insight into the role that environmental exposures—including heating with coal—play in COPD development.

“Isolation from major academic medical centers and lack of dedicated resources for research have contributed to the difficulty in studying individuals living in rural, poor areas,” says McCormack. “Typically, larger COPD studies have been based from major academic centers, which are often far from rural communities.”

However, some of this is changing. The COPD Foundation and the National Institutes of Health (NIH) COPD National Action Plan are beginning to focus efforts on improving care and building a research infrastructure for patients with COPD in rural areas. McCormack’s research group at JHU has partnered with Eastern Tennessee State University to launch a study focused on understanding the impact of household air pollution on individuals living with COPD in Appalachia.

“We believe that through similar partnerships, the scientific community ca benefit from shared knowledge across institutions, while also building an infrastructure to better understand and address the growing epidemic of COPD,” says McCormack.

The study, “Rural Residence and Poverty are Independent Risk Factors for COPD in the United States”, was published on November 2, 2018, in the American Thoracic Society’s American Journal of Respiratory and Critical Care.