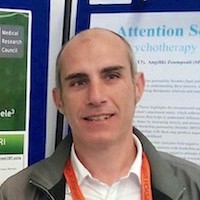 The study involved 37 participants with a primary diagnosis of depressive disorder, but were not medicated at the time of the study. Each patient attended an appointment that included a clinical diagnosis prior to the completion of a computerized cognitive behavioral therapy (cCBT) program, as well as 2 months following treatment.

The team believed going into the study that the strength of pretreatment neural encoding of the weighted RPE could account for the differential response to cCBT in major depressive disorder (MDD).

“The advantage of using self-help CBT is twofold,” the authors wrote. “First, it substantially reduces the confounding effect of therapist variability on treatment response, and second, it permits monitoring of treatment adherence defined as the number of online modules completed.”

The investigators first used a computational reinforcement learning (RL) model describing the dynamic updating of expectations during a probabilistic reward-learning task to prove between group differences in blood-oxygen-level-dependent (BOLD) activity associated with model-derived estimates of the weighted RPE.

They found that BOLD activity in a group of regions—the right striatum and right amygdala—is greater in the responders group.

The team then examined the extent to which pretreatment neural signatures of the weighted RPE could yield a reliable out-of-sample treatment response classification by performing multivariate classification of BOLD activity encoding the weighted RPE, demonstrating that the same brain regions associated with group-level differences significantly classify an individual’s response to treatment.

“We show that theory-driven selection of fMRI features yields a good probabilistic estimate of magnitude of symptomatic change at follow-up,” the authors wrote. “Furthermore, we demonstrate that BOLD activity in the right amygdala affords greater discriminative power than activity in the right striatum.”

CBT has long been known for effectively treating MDD for approximately 45% of depressed patients. However, there is not a clinically viable neuroimaging predictor of CBT response, largely due to a lack of identified predicative biomarkers.

Multivariate classification of brain imaging data can inform the discovery of neural signatures in the response to treatment of MDD patients because they can yield predictions on the individual level and can be tuned to the fine-grained and spatially distributed information patterns encoded in large-scale brain activity and may be more sensitive in identifying neural biomarkers than conventional imaging analysis methods.

While researchers have applied multivariate classification approaches to neuroimaging data to predict a treatment response, the lack of mechanistic interpretability prevents a better understanding of disease processes such as the response to treatment.