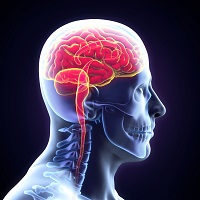 A nanometric sensor may be able to identify biomarkers of pathological conditions such as multiple sclerosis (MS), neuromyelitis optica, and certain types of cancer, according to research published in Sensors Journal.

Researchers from the Fundacao de Amparo a Pesquisa Do Estado de Sao Paulo in Brazil developed a nano biosensor originally for the purpose of detecting herbicides, heavy metals, and other pollutants. The nano biosensor uses a silicon nitride (Si3N4) or silicon (Si) nanoprobe combined with other materials to form the detector for an enzyme, protein, or other molecule. When the molecular scaled elastic nanotip reaches a target of interest – an antibody or an antigen, for example – the probe bends to allow the two molecules to adhere. The operators then detect the deflection which was measured by the probe which permits them to identify the target.

“It’s a highly sensitive device, which we developed in collaboration with Alberto Luís Dario Moreau, a professor at the Sao Paulo Federal Institute of Education, Science, and Technology,” physicist Fábio de Lima Leite, a professor at the Federal University of Sao Carlos, Sorocaba, and the coordinator of the research group, said in a news release. “We were able to increase sensitivity dramatically by going down to the nanometric scale.”

The researchers originally developed the device to detect for other materials, however, the transition into neurological and demyelinating diseases was prompted by a partnership with colleagues. The importance of this device is to be able to detect and diagnose these chronic illnesses before they advance beyond the beginning stages. These devices should also reduce the chance for false diagnoses, the researchers believe. However, MRI scans would still be necessary to confirm diagnoses because of the multifaceted criteria for these diseases.

But by placing a drop of a patient’s cerebrospinal fluid on a glass slide and using the nano biosensor, the researchers can measure the interaction.

“If the interaction is low, we’ll be able to rule out MS with great confidence,” Leite explained. “High interaction will indicate that the person is very likely to have the disease. Different nervous system diseases have highly similar symptoms. MS and neuromyelitis optica are just 2 examples. Even specialists experience difficulties or take a long time to diagnose them. Our technique would provide a differential diagnostic tool.”

In the future, the investigators want to examine biomarkers for these diseases that have yet to be mapped. Again, examples of these would be antibodies and antigens, and others. Testing for the detection of head and neck cancer has also begun.