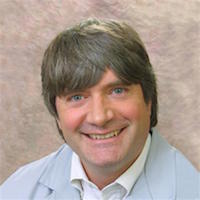 "The majority of patients with relapsing-remitting MS eventually enter an axonal degenerative phase of irreversible and progressive disability for which there are no significant efficacious therapies and during which there is an increase in disease-related mortality," they indicate.

In contrast with DMT, the investigators explained, hematopoietic stem cell transplantation (HSCT) is designed to eliminate autoreactive lymphocytes, and essentially restart a new immune system in a non-inflammatory environment without costimulatory signals.

The investigators identified study participants with relapsing-remitting MS at 4 centers, in and outside the US, who had either 2 or more clinical relapses, or 1 relapse and MRI gadolinium-enhancing lesion at a separate time within the previous 12 months despite receiving DMT. A total of 110 participants were randomized to either switch to a different DMT with higher anticipated efficacy and/or different pharmacologic category (n=55), or to discontinue the DMT and commence HSCT (n=55).

In an editorial accompanying the trial report, Harold Atkins, MD, Ottawa Hospital Blood and Marrow Transplant Program, Ottawa Hospital Research Institute at the University of Ottawa, pointed out that an endpoint of no evidence of disease activity—no relapse, no progression, and no new MRI changes during the follow-up period—is increasingly being used in studies of HSCT and other agents,

"Given the morbidity associated with HSCT and its potential mortality, it is justified to ask that proof of effectiveness be more than just the reduction in MRI lesions or clinical relapses," Atkins indicated.

Burt and colleagues also noted that those patients who crossed over to HSCT subsequently improved in EDSS. This may indicate, they suggested, that "the current definitions of progression for relapsing-remitting MS may not accurately assess irreversible disease progression for all patients."

Atkins offered several qualifications in interpreting the trial results, however, including that patients were not being treated with the most effective DMT regimens that are now available.

"The inclusion of patients who were less than optimally treated in the DMT group needs to be considered when interpreting the results of this study," Atkins cautioned.

The study, "Effect of Nonmyeloablative Hematopoietic Stem Cell Transplantation vs Continued Disease-Modifying Therapy on Disease Progession in Patients with Relapsing-Remitting Multiple Sclerosis," was published in the Journal of the American Medical Association.

Click here to sign up for more HCPLive® content and updates.
Related Coverage >>>
Study Finds Marijuana Use Not Linked to Increased Stroke Risk
Benzodiazepine Use Increases Risk of Ectopic Pregnancy
High-Potency Cannabis Linked to Poor Mental Health
You May Also be Interested in
Most Popular
Cancer Survival Complicates Chronic Pain Management
Secukinumab Reduces Spinal Pain for Axial Spondyloarthritis
Top 10 Painkillers in the US
Flu Cases Near 30 Million in the US, CDC Reports
Belimumab Safe and Effective Treating Systemic Lupus Erythematosus