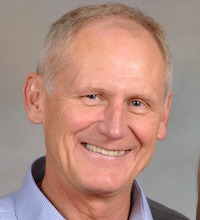 George A. Jelinek, MBBS, MD
Lifestyle choices that an individual has the power to change can influence depression associated with multiple sclerosis (MS), according to a new study results involving more than 1000 patients.

The results lend to the notion that physicians managing patients with MS should be more aware of what’s a growing rate of literature linking unhealthy lifestyle behaviors and depression risks, as well as the means of modifying such risk factors, author George A. Jelinek, MBBS, MD, of the University of Melbourne, told MD Magazine®.

About half of all MS patients experience an episode of depression during their lifetimes, but little is known of particular treatment options. Most interventions are drug-related or psychiatric, investigators wrote.

“Depression appears to accelerate the disease process according to the best available current evidence,” Jelinek said. “It is thus very important for people with MS to be proactive about preventing and managing depression.”

That search considered 2466 participants, of whom 2224 (88.9%) completed the Patient Health Questionnaire-2 (PHQ-2), which asks about the frequency of depressed moods over the previous 2 weeks. Of those patients, 19.3% screened positive for depression.

“As very few people changed their depression status, there was little possibility of identifying factors that predicted such a change,” Jelinek said. “We were only able to determine that alcohol consumption, diet quality and vitamin D supplement use were predictors of a change in depression status after adjusting for confounders.”

However, he noted that looking at the sample after 2.5 years—as the team had done at baseline in their previous paper—healthy lifestyle behaviors were again contemporaneously associated with improved depression status.

Current smokers were significantly more likely to have scores indicative of prevalent depression risk, based on both the PHQ-2 and PHQ-9 questionnaires. In addition, the positive associations of current smoking with depression risk were much stronger for major depression.

“Being or becoming a non-smoker clearly has multiple direct and indirect benefits for people with MS,” the researchers said.

Vitamin D and omega-3 supplementation were associated with lower frequencies of depression risk in both questionnaires. However, only the association of vitamin D supplementation to depression screening and severity persisted after the data were adjusted for potential confounders.

“A whole food plant-based diet has been recommended for people with MS and more widely for general health,” they said.

Diet quality and vitamin D supplement use were also predictors of a change in depression status, Jelinek added. The team stressed that their findings need to be validated in more MS patient groups and supported in controlled trials.

“While we would expect to be able to better determine predictors over longer time periods of observation as more people change their depression status, our data add to the growing literature showing an important potential role for healthy lifestyle behaviors in preventing depression in the at-risk group,” Jelinek said.

The study, "Longitudinal Associations of Modifiable Lifestyle Factors With Positive Depression-Screen Over 2.5-Years in an International Cohort of People Living With Multiple Sclerosis," was published online in Frontiers in Psychiatry.

Click here to sign up for more HCPLive® content and updates.
Related Coverage >>>
Study Finds Marijuana Use Not Linked to Increased Stroke Risk
Benzodiazepine Use Increases Risk of Ectopic Pregnancy
High-Potency Cannabis Linked to Poor Mental Health
You May Also be Interested in
Most Popular
Cancer Survival Complicates Chronic Pain Management
Secukinumab Reduces Spinal Pain for Axial Spondyloarthritis
Flu Cases Near 30 Million in the US, CDC Reports
Top 10 Painkillers in the US
Belimumab Safe and Effective Treating Systemic Lupus Erythematosus