Multiple Sclerosis: How to Prevent Gadolinium Build-Up in the Brain 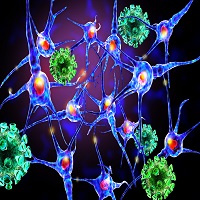 Gadolinium is often used as a contrast agent in MRI scans. In patients with multiple sclerosis, repeated scans mean this rare earth can accumulate in the brain. Though there is no known risk, there is some concern about what that means for patients.

A research team in Germany found the likelihood of gadolinium accumulating in the brains of multiple sclerosis (MS) patients undergoing magnetic resonance imaging (MRI) scans could be reduced if macrocyclic agents are used.

It had been previously understood from existing literature that an association between dentate nucleus T1 hypersensitivity and MS neurodegeneration existed. That meant that MS patients had typically been excluded from studies examining brain deposition of gadolinium-based contrast agents (GBCAs), the researchers from the University Medicine Berlin in Germany explained.

The more MRI scans an MS patient gets, the higher the number of gadolinium deposits in their brains may be.

The investigators examined 97 MS patients in order to test their hypothesis that dentate nucleus T1 hyperintensity in MS patients is linked to GBCA administration. The patients were retrospectively identified from their participation in previous longitudinal studies where they exclusively received the linear gadopentetate dimeglumine (Gd-DTPA) at a fixed dose of 20 mL with a concentration of 0.5 mmol/mL (10 mmol per dosage) or the macrocyclic gadobutrol (Gd-BT-DO3A) at a dosage of 0.1 mL/kg body weight with a concentration of 1.0 mmol/mL according to the manufacturers’ instructions.

The patients underwent MRI scanning at predetermined intervals with an administration of GBCA independent of disease activity.

“Patients who received a different type of MRI contrast agent – one that is referred to as a macrocyclic contrast agent – showed no evidence of gadolinium brain deposition,” study leader PD Dr. Michael Scheel said.

The researchers also learned that there was a positive linear relationship between the amount of Gd-DTPA doses and the increase in DPSIR. They also found that no DPSIR increases were noted after administration of Gd-BT-DO3A.

With these findings in mind, the researchers presented their recommendations for future clinical practice:

“Since long-term clinical effects of cerebral gadolinium deposition are still unknown, the indication for GBCA administration should be strict,” the study authors concluded in their paper, called “Gadopentetate but not gadobutrol accumulates in the dentate nucleus of multiple sclerosis patients,” which was published in the Multiple Sclerosis Journal.

“Given the current data, neurologists should order contrast enhanced MRI only after careful consideration of benefits and risks, and radiologists should give preference to macrocyclic agents, as these agents seem to be less prone to accumulate in cerebral grey matter and seem to have a better safety profile.”

For example, at the medical center where the study was conducted, only macrocyclic agents have been used as the MRI contrast agent for several years. The researchers conceded that while the study showed a favorable result for Gd-BT-DO3A, they were unable to determine if Gd-BT-DO3A accumulates in the dentate nucleus – the most commonly affected brain region – or other brain regions conclusively.

The findings are summarized in a press release.