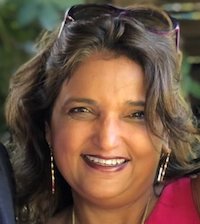 A multifaceted intervention has tripled the rate of hepatitis C virus (HCV) screening in a baby boomer population by focusing on obstacles at the provider and healthcare system level and reaching out to ethnically diverse and disadvantaged groups.

"Most of the screening was risk based. Thus, there was a need to remind providers to screen even those who may not be perceived to be at risk, hence universal screening," Jain said. "We saw significant improvement in screening after implementation of our intervention."

Jain and colleagues evaluated an intervention program with 3 main components: provider and patient education, electric medical records-enabled best practice alert to providers, and increased HCV clinic capacity to reduce the wait-time previously found to be an obstacle to accessing screening and treatment.

"We are aware that many healthcare systems have implemented best practice alerts or health maintenance documents to assist providers in screening baby boomers," Jain said. "We've added education to providers to make them aware of the program, and we also obtained feedback during those sessions."

The provider education was conducted in a one-time, in-person didactic session at each clinic for all providers in which the rationale for HCV screening in baby boomers and the process of ordering HCV antibody test was explained. The feedback sessions elicited reasons for provider reluctance to screen and refer patients for HCV treatment. The initial session was followed with yearly updates on the HCV screening rates.

Jain and colleagues noted that prior to the intervention, HCV screening was lower among older baby boomers, those with providers having larger patient loads, and in high-risk subgroups, including those with signs of liver disease. In the period after the program had been implemented, screening had increased in each of these groups.

"We found that busy providers gained the most benefit from our intervention as they increased screening significantly," Jain commented. "We also felt that older patients, those with co-morbidities, those engaged in care benefited from the intervention because screening increased in these groups."

The study, “Evaluation of a Multifaceted Intervention to Reduce Health Disparities in Hepatitis C Screening: A Pre-Post Analysis,” was published in Hepatology.