Most Doctors Say Expensive Hepatitis C Drugs Are Worth the Price 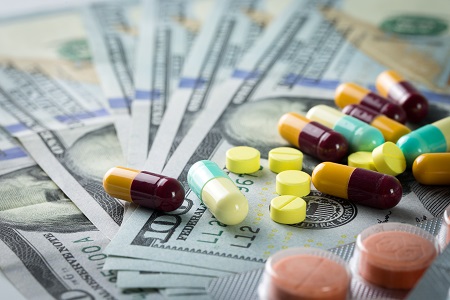 The good news is that hepatitis C is largely a curable disease. The bad news is that many of the most advanced medications are accompanied by a heavy price tag. Despite that, a survey on the physician social networking site, SERMO, revealed that nearly two-thirds of doctors say the drugs are worth the cost.

Companies such as Gilead Sciences (developed Harvoni and Sovaldi), AbbVie (developed Viekira Pak), and Merck (developed Zepatier) offer medications with cure rates of around 95%. But as detailed in a report by the World Health Organization (WHO), these medications can cost up to $65,000 in the United States. This is certainly a huge cost for the average person, but doctors agree that it’s worth it to eradicate a disease that can lead to cirrhosis and even liver cancer.

The survey consisted of 2,032 physicians. Their areas of medical specialty ranged and they came from nearly two dozen countries, including the US, Great Britain, Australia, Canada, South Africa, Norway, the Netherlands, Denmark, Sweden, Greece, Poland, Finland, Hungary, Italy, France, Argentina, Spain, Mexico, Venezuela, Colombia, Chile, and Germany. “Everyone wants cheap cures. Newsflash: they don’t exist in 99.999% of cases,” one US neurologist weighed in. “This is one where I just have a hard time criticizing the drug company. In comparison to many other drugs already on the market, such as cancer drugs and MS drugs, and the value it brings as a CURE for a disease, I don’t think it’s terribly priced.”

The results showed that 64% of the physicians believed that the new hepatitis C drugs are worth the cost.

But of course there were doctors who criticized pharma. One general practitioner from Canada said, “I agree with the WHO guidelines: pharmaceutical companies must reduce the cost of drugs to ensure that all patients can be treated and not just those who are very ill. Pharma is greedy. They should reduce the price because this will increase the number of patients who can afford the drug.”

Unfortunately, it doesn’t look like the cost of these drugs will be slashed any time soon. Medications that cure hepatitis C are finally here, but the price tags are just one hurdle in getting them to patients.

Click here to sign up for more HCPLive® content and updates.
Related Coverage >>>
Early Antibiotics Could Influence Pediatric Asthma Risk
How ACE2 Reduction Associated with Aging Affects COVID-19 Severity
Patients Receiving Glucocorticoids at Higher Risk During COVID-19 Pandemic
You May Also be Interested in
Most Popular
Comparing RT-PCR and Chest CT for Diagnosing COVID-19
Flu Cases Near 30 Million in the US, CDC Reports
Limited Supply of Chloroquine, Hydroxychloroquine Could Affect COVID-19 Use
Early Antibiotics Could Influence Pediatric Asthma Risk
Cardiology Organizations Advise on ACE Inhibitors, ARBs Use During COVID-19