Most Americans Spend 2 or More Hours Per Day Sitting 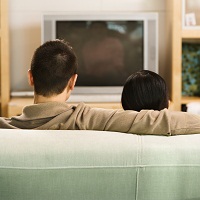 Despite warnings about the dangers of a sedentary lifestyle, Americans are spending more time sitting now than they were in 2001, according to a recent study.

Investigators from the University of Washington examining sedentary behavior found that most Americans are spending two hours or more everyday sitting and watching television or videos.

Investigators used data from the National Health and Nutrition Examination Survey (NHANES) to examine a cohort of 51,896 individuals from 2001 to 2016. The group was comprised of 10,359 children, 9639 adolescents, and 31,898 adults. Children were defined as being aged between 5 and 11 years, adolescents were considered to be between 12 and 19 years old, and adults were classified as 20 years or older.

Investigators assessed total sitting time among adolescents and adults, but not children, from the 2007-2008 cycle through the 2015-2016 cycle. Authors noted that participants reporting more than 16 hours per day of daily sitting time were excluded as they were considered implausible values.

Investigators found that total daily sitting time increased among adolescents and adults from 2007 to 2016, from 7 hours per day to more than 8 for teenagers, and from 5.5 hours per day to almost 6.5 for adults.

Additionally, the authors found that screen time outside of work and school increased over the study period. At least 50% of all individuals across all age groups used a computer during leisure time for more than 1 hour per day in the two most recent years of the study.

The study’s lead author, Yin Cao, ScD, MPH, epidemiologist and assistant professor of surgery at the Washington University School of Medicine, remarked that she hoped the results of her study could be used as a baseline when examining trends or impacts of public policy.

“Until now, we haven't had data demonstrating the amount of time most Americans spend sitting watching TV or doing other sedentary activities," Cao said. "Now that we have a baseline, on population level and for different age groups, we can look at trends over time and see whether different interventions or public health initiatives are effective in reducing the time spent sitting and nudging people toward more active behaviors."

This study, titled “Trends in Sedentary Behavior Among the US Population, 2001-2016,” was published in the Journal of the American Medical Association.