Mortality Risk Similar in 9/11 Responders and Civilians with PTSD 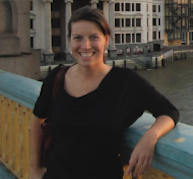 The ripple effects of September 11, 2001 (9/11) attacks can still be felt almost 2 decades later as PTSD continues to be a major problem for responders and civilians.

A team, led by Ingrid Giesinger, MS, World Trade Center Health Registry, New York City Department of Health and Mental Hygiene, explored the association of mortality with baseline and repeated assessments of PTSD for responders and civilians exposed to the 9/11 attacks over 13 years of follow-up.

In the cohort study, the investigators examined data from 63,666 World Trade Center Health Registry enrollees and found PTSD was linked to an increased risk of mortality. These associations were strengthened when considering PTSD status over time compared to a single PTSD assessment at study entry.

The investigators classified a responder as a worker or volunteer involved in the rescue, recovery, cleanup, or other disaster-related activity at the World Trade Center site and/or the Staten Island recovery operations or on transport barges for at least 1 shift between 9/11 and June 30, 2002.

Of the 63,666 registered enrollees, 29,270 were first responders and 34,396 civilians. The study was conducted between September 2003 and December 2016, with PTSD assessments taken at baseline and 3 additional follow-ups.

The investigators defined PTSD using the 17-item PTSD Checklist–Specific (PCL-S) self-report measure (score ≥50) at each of the 4 waves. They also defined baseline PTSD using wave 1 PCL-S, and time-varying PTSD was defined using the PCL-S assessments from all 4 waves.

Mortality outcomes were identified through the National Death Index linkage between 2003-2016 and defined as all-cause, cardiovascular, and external-cause mortality.

Without considering time-varying outcomes of PTSD, the new data shows crucial differences in the association of PTSD and mortality could be masked.

Among all enrollees in time-varying analyses, PTSD was linked to all-cause, cardiovascular, and external-cause mortality.

“The risk of mortality differed in examination of baseline PTSD vs repeated measures of PTSD over time, suggesting that longitudinal data should be used where possible,” the authors wrote. “Comparable findings between responders and civilians suggest that 9/11-related PTSD is associated with an increased mortality risk.”

In the past, investigators have identified the link between PTSD and increased mortality. However, these studies have primarily focused on the veteran population.

For those exposed to the World Trade Center on September 11, the estimated prevalence of probably PTSD is between 3.8-29.6%.

The study, “Association Between Posttraumatic Stress Disorder and Mortality Among Responders and Civilians Following the September 11, 2001, Disaster,” was published online in JAMA Network Open.