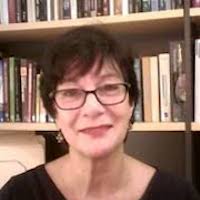 While the need for support after a traumatic brain injury (TBI) is well documented, there is limited research and evidence on the types of support required and how support needs change over time and the effect of level of disability.

A team, led by Robyn L. Tate, John Walsh Center for Rehabilitation Research, Kolling Institute of Medical Research, Faculty of Medicine and Health, University of Sydney, examined some the limitations in current evidence.

While the need for support after a TBI is well documented, there is limited research and evidence on the types of support required and how support needs change over time and the effect of level of disability.

In the longitudinal design with a state-wide inception cohort, the investigators examined 131 individuals with severe TBI. The team assessed support needs using the Care and Needs Scale at 3 and 5 years following trauma.

The most common type of support needed was psychosocial (95%), followed by instrumental activities of daily living (63%).

The most frequently occurring intensity level of support need was every couple of days (24%).

The investigators also found a significant increase in the total number of support needs occurring between 3 and 5 years, especially for instrumental activities of daily living supports.

At the individual participant level, the intensity of support changed for 53% of the cohort. Of this group, 35% saw an increase in support and 18% saw a decrease in support. Disability subgroups also showed different patterns of support needs.

“Support needs after severe TBI are prevalent, varied, and change over time, which have implications for care-giving and service delivery,” the authors wrote.

Support is necessary in treating TBI because recently researchers found fatigue can be felt up to 7 years following an injury.

A team, led by Hugo Câmara-Costa, PhD, University of Paris-Saclay, investigated the presence of and factors linked with self- and parent reported fatigue 7 years after a severe childhood traumatic brain injury. In the prospective longitudinal study, 38 participants between 7-22 years old submitted self-reports and/or parental reports 7 years following a severe childhood traumatic brain injury, with 33 controls matched for age, gender, and parental educational level.

Ultimately, the team found fatigue levels were substantially worse in the group with traumatic brain injuries than in the control group, particularly for cognitive fatigue.

They also found correlations of reported fatigue with age at injury, gender, TBI severity, and intellectual ability were moderate and not often significant. However, fatigue was significantly associated with overall level of disability and with all questionnaires completed by the same informant.

“High levels of fatigue were reported by 30-50% of patients 7 years after a severe childhood TBI,” the authors wrote. “Reported fatigue explained more than 60% of the variance of reported health-related quality of life by the same informant (patient or parent).”

The study, “A longitudinal study of support needs after severe traumatic brain injury,” was published online in Brain Injury.

Click here to sign up for more HCPLive® content and updates.
Related Coverage >>>
Kenneth Koblan, PhD: SEP-4199 Showing Promise Treating Bipolar Depression
Banafsheh Kashani, MD: Uterine Fibroids and the Importance of FDA Approvals
Laparoscopic Ileocecal Resection Comparable to Anti-TNF's for Crohn's Disease
You May Also be Interested in
Most Popular
Denise Daley, PhD: Early Asthma Interventions for Infants
Immunosuppressive Agents for MS Can Be Lethal in Chagas Disease
Top 10 Painkillers in the US
Why Do Some People Get HIV After Exposure But Others Don't?
Consequences of Poor Sleep in the Elderly