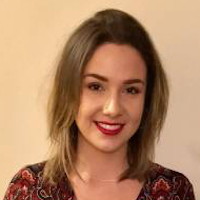 First author Megan Arnot, a PhD candidate at the department of anthropology at University College London, and her colleague analyzed data from nearly 3000 women and observed that women who reported having sex weekly during the study period were 28% less likely to experience menopause than those who had sex less than monthly.

The findings indicate that age of natural menopause could be facultative in response to pregnancy likelihood.

Arnot and Ruth Mace, FBA, a professor of evolutionary anthropology at University College London, aimed to learn why married women experience menopause later. The investigators collected data from 2936 women from the Study of Women’s Health Across the Nation, which contains information on the biological and psychosocial changes that occur during menopause.

Women included were between 42–52 years old, had an intact uterus; at least 1 ovary; were not pregnant; experienced a menstrual cycle within the past 3 months; and self-identified as 1 of 5 pre-specified racial/ethnic groups.

To test their hypothesis that increased sexual frequency lowers risk of entering menopause, the investigators looked at age of natural menopause in relation to sexual frequency. The team created a sex index from women’s responses to questions about their sex habits. The maximum amount of sexual activity from the questions was related to the woman’s sexual frequency.

Marriage status was included as a covariate to see the relationship between sexual frequency and age of natural menopause. These data were collected from women who answered questions about their relationship status and living arrangements.

Over the ten-year follow-up period, 45% of the women experience natural menopause at an average age of 52 years old. A majority of the women (78%) were married or in a relationship and 68% of the women lived with their partner. Weekly was the most frequent pattern of sexual activity (64%).

When the investigators tested the relationship between the frequency of sex and age of natural menopause, they found that women who have more frequent sex during the pre- and peri-menopause have lower risk of entering menopause, and that women who engage in sexual activity weekly are at the lowest risk (HR, .74; 95% CI, .65–.84). Arnot and Mace found that marital status had no impact on the risk of entering menopause (married/in a relationship HR, .95; 95% CI, .84–1.08; widowed HR, 1.13; 95% CI, .83–1.54).

Menopause timing could be adaptive in response to sexual behavior, the investigators concluded.

The study, “Sexual frequency is associated with age of natural menopause: results from the Study of Women’s Health Across the Nation,” was published online in the journal Royal Society Open Science.

Click here to sign up for more HCPLive® content and updates.
Related Coverage >>>
Study Examines Impact of Menopause Onset on Cardiovascular Risk Factors
ACR Releases First Guidelines for Reproductive Health in Rheumatic Diseases
Young Mothers Face More Mental Health Hurdles
You May Also be Interested in
Most Popular
The Fear of the Coronavirus, and the Reality of the Flu
Top 10 Painkillers in the US
MDNN: CVS Health Buys Aetna, D-cycloserine for Tuberculosis, Unsafe Abortions, and Childhood Obesity
The Art of HANDOFFS: A Mnemonic for Teaching the Safe Transfer of Critical Patient Information
Bempedoic Acid and Ezetimibe Combination Approved by FDA for Lowering LDL-C