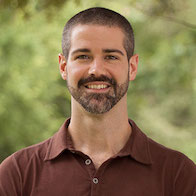 Adam Sage, PhD candidate
More parents of children with attention deficit/hyperactivity disorder (ADHD) report obtaining information about the condition and treatment from online sources than from either the healthcare provider, school or pharmacy.

Lead author, Adam Sage, PhD candidate, University of North Carolina at Chapel Hill, Chapel Hill, N.C., commented to MD Magazine on the variety of information sources available to parents, and how differences in their access, interest and understanding of the information could effect therapeutic interventions provided to the children as well as the compliance to treatment.

Sage and colleagues undertook the survey to ascertain the types of question that parents have about ADHD, the extent to which they use the internet or other sources, and how differences in access to the internet might effect the type of information they seek or obtain.

The investigators identified 70 parent/child pairs for the survey, from 2 private pediatric practices. The age range of parents was between 30–62 years, and the children ranged from 7–17 years of age. Eight-three percent of parents were white, having an average of 15.5 years of education comparable to high school with some college, and 81% of responding parents were female.

From a list of possible questions, most parents reported that their principle questions were related to ADHD medication, and to long-term implications of the condition and the treatment. Most parents reported their principle source of information was online (70%), while 56% indicated it was their healthcare provider, 43% obtained most information from the child's school, and 13% from their pharmacy.

The investigators indicated that no demographic characteristics were significantly associated with the choices. Different modes and levels of access were associated with differences in utilizing the internet for information, however.

"Accessing the internet from a home computer and iPad or tablet were both significantly associated with more online ADHD medication information-seeking," the researchers observed. "So while a majority of parents in our study preferred online programs for learning more about ADHD and ADHD medication, barriers to access should be considered with such an approach."

"It's clearly important that we ensure the information that we put out there on the internet is accurate and accessible, but it's also important to keep in mind that access isn't universal, information isn't always accurate and the patient/parent-physician communication line is key to filling knowledge gaps," Sage elaborated on the recommendation in his comments to MD Magazine.

Findings from the survey on parents seeking ADHD information was published in the January issue of Clinical Pediatrics.

Click here to sign up for more HCPLive® content and updates.
Related Coverage >>>
Maternal Vitamin D Deficiency Increases Risk of ADHD in Offspring
Systematic Review Highlights Pediatric Medical Overuse
Medication Adherence a Major Issue for Children with ADHD
You May Also be Interested in
Most Popular
Parental Therapy Helps Children with Anxiety
COVID-19 Affects Mental Health of Nurses, Frontline Workers More Than Others
Limited Supply of Chloroquine, Hydroxychloroquine Could Affect COVID-19 Use
Comparing RT-PCR and Chest CT for Diagnosing COVID-19
Flu Cases Near 30 Million in the US, CDC Reports